Hands down the best pesto I’ve ever had. My waiter asked me which pasta sauce I was interested in to let me know if it was GF or not. I am unsure about other sauces, but the staff sounds plenty knowledgeable and will tell you what can or can’t me made GF. So impressive that we went here TWICE when vacationing at Massanutten. My non-GF family loved it too!

This was the best pizza I've ever eaten - not just GF! I loved the "Bianca" (white) pizza.

Their gluten free menu is being updated, you just need to ask the server what can be made GF. Almost everything can be made that way. I’ve eaten here several times and never had a problem. Wait staff and hostesses knew what Celiac was. I had the spaghetti with meat sauce (penne pasta vs spaghetti noodles as penne is their gf pasta) and a house salad. Yummy salad, pasta dish was a bit salty. But, anyplace that can make decent food and not gluten me gets five stars in my book! :) I’ll be back! 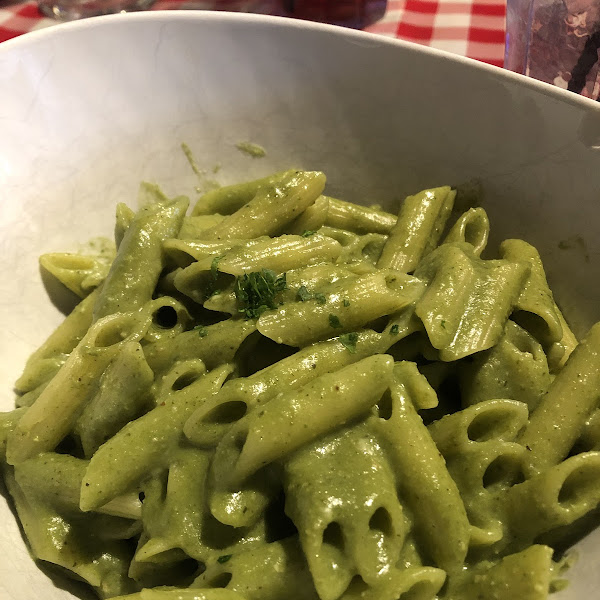 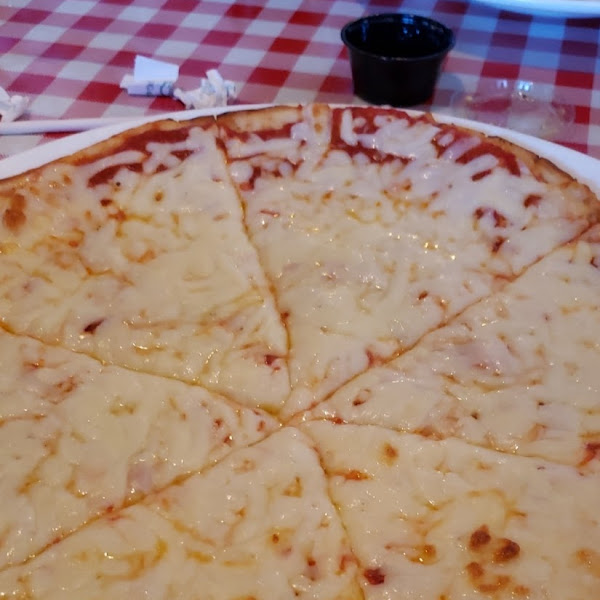 No GF menu currently, but the GF pizza was excellent.

No GF menu, nothing on the main menu was labeled GF in any way. Extremely limited choices

They got rid of their GF menu and there is nothing listed on the regular menu. Server was able to explain what was GF and pizza crust was very good. Left us feeling uncertain.

I got the gluten free baked rigatoni... staff was friendly accommodating and knowledgeable about celiacs disease... let me just say YUM!!! Can’t wait to come back. Will update if I get sick but I usually know by now

The best pasta and pizza ever. Meals and pizza were hot and served to perfection. Thank you!

Build your own pizza and basic pasta options. Not a huge gf menu but did the job and no reaction! The pasta marinara was really good!

Update - went a second time and got a pizza...pizza is the move. My pizza must have weighed 10 lbs it was so loaded in the toppings I chose and the crust was really good too!

I’ve eaten here many times (always the pizza) and never had a reaction. That’s saying a lot for someone with a very sensitive gut.

Staff was great with GF. My guys loved the non gf too. Everything was fresh and yummy!!

They had a few gluten free options but not a lot, there was only two or threekinds of pizzas they were making GF. Anyways If you want real Italian food don’t go here.

Great food & super helpful with questions regarding their gluten free items and preparation. My daughter felt safe and she loved the food!

P.S. We liked it so much we went twice in 1 week

Have eaten here countless times over the past few years. Best GF pizza crust I've had at restaurants in my 7 years as gluten free.

The GF marghareta pizza was the best I've had -- gf or otherwise. The thin crust was perfectly crisp and delicious! The gf bruschetta salad was delicious, too!

Pizza was better than the pasta. The pasta was a bit undercooked... But everything had good flavor and the service was very good. Overall, nice experience... Though the prices were a bit high.

We have driven to Vito's from Staunton many times because they have the best gluten-free pizza. Today we were very very disappointed. Our server was horrible. He was slow, He had to be told the order three times before he understood that I had ordered the gluten-free pizza. We also ordered a salad to hold us until our pizzas arrived. Our waiter was more interested in cleaning menus than waiting on us. After waiting a half hour for drink refills and our salad, my husband went to the hostess and asked for another server. She said, "of course" and then proceeded to hunt down our waiter. He asked if we wanted refills. I mentioned it would be nice if he could bring our salad. He argued with us that we did not order a salad. We made him look at his order pad, at which point he said he would bring us a salad. My husband told him not to bother just bring us our pizzas in boxes we were leaving. The hostess came over with our pizzas and offered to not charge us, We made it clear that we were upset because she said she would give us another server and then sent the same person back who then argued with us about whether we ordered a salad. She said it was her policy not to change servers. We told her, "then that is what you should have told us. Please get us our bill so we can leave." She refused and walked away, which is when we walked away leaving the pizza. We pay for what we order. We will not be back. I do not go out to dinner to have an argument. We just wanted a nice meal. I hope they enjoy their clean menus because they cost them a good customer.

Waitress was friendly and knowledgable. Enjoyed the GF chicken marsala. Just wish Italian restaurants would offer celiacs a bread option even if made breadsticks out of GF pizza crust.

Menu said separate kitchen space and oven for GF pizza. one of the better GF pizza I've had. I appreciated the server taking time to bring out food separately to minimize the chance of cross contamination.

What a great restaurant !! I ordered a Gf pizza with feta cheese,olives and artichokes and it was very tastey. I have a severe gluten intolerance and I didnt react badly to the food. Also very large portions. Great experiencr.

Delicious gluten free pizza and pasta menu! Plus, they will accommodate items on the main menu...my favorite is veal Marsala, so amazing!! Very sensitive to Celiacs needs!

Best GF pizza I have had. Staff was super nice.

Excellent. GF pasta was very good. Service and atmosphere a big plus also. They buy their GF pizza dough though - bummer about that.

Gluten free pasta was delicious. Pizza is also amazing. Servers were knowledgeable and very considerate of my gluten sensitivity. No gluten free desserts yet, but the food was so good, I didn't have room anyway!