We went there last year and the waitress said that the rice pilaf was gluten free. She brought it out and after my daughter finished the entire bowl she they came out to tell me it was not. There weren’t many options for a child

I have eaten there twice in the past eight months both times the service and food was excellent. I am extremely sensitive celiac and have not been sick here. 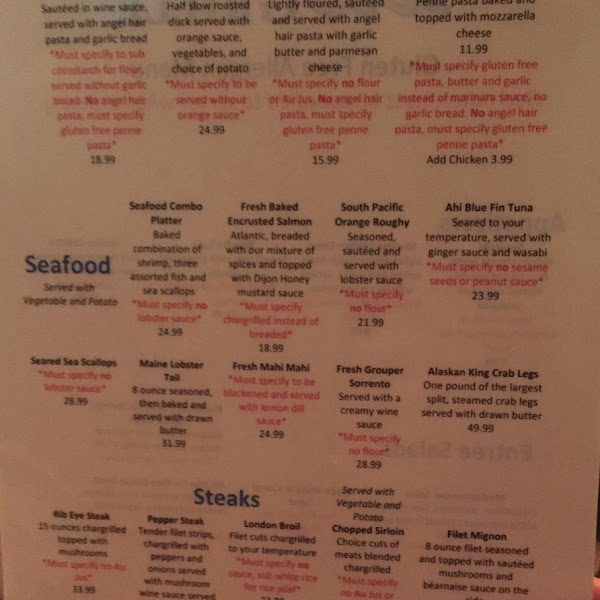 Watermark Grille is definitely GF- friendly with a special menu. The menu explicitly tells you how to order the good. I've had it several items and never had any reactions.

I was very disappointed with my gf meal. I had prime rib and it came out with au jus. I had stressed 3 times that I could not have au jus. Waiter even took it back to the kitchen to check. He returned and said it was safe. One hour later I was sick. I have had worse reactions but for a pricey restaurant that repeatedly claimed they were very careful they were not. How hard is it to serve steak and a potato and have it gluten free? The prime rib was only average and very fatty so even if I had not gotten sick I was still not impressed.