I called ahead and was told that they use a separate waffle maker for the waffles. I double checked with my waitress before I ordered and the chef confirmed that they use the same one as the gluten-full waffles. The burgers are made on the same surface as bread. Ended up ordering a salad. Everything on the menu has cross contamination, great place for gluten sensitive but NOT ok for celiac.

They do not use separate utensils: they use the same waffle maker where they make their waffles with gluten for the ones gluten free, and same thing for pancakes and crepes. I talked a lot with the staff and they were super nice and said that the only thing they could make that was really safe was the toast - apart from stuff like eggs and bacon. I ordered the eggs and bacon with the toast and they made the toast in an oven, not a toaster or a pan. It tested safe with Nima, but I would never order waffles or pancakes here, as the staff stated it would not be safe to eat.

Had the gluten free panini and it was very good phone number did not work so was not sure if it was still open but glad I stopped by to check. Line was long but seating was fast and service was excellent. Thank you to who ever posted this place on the app everything was very good 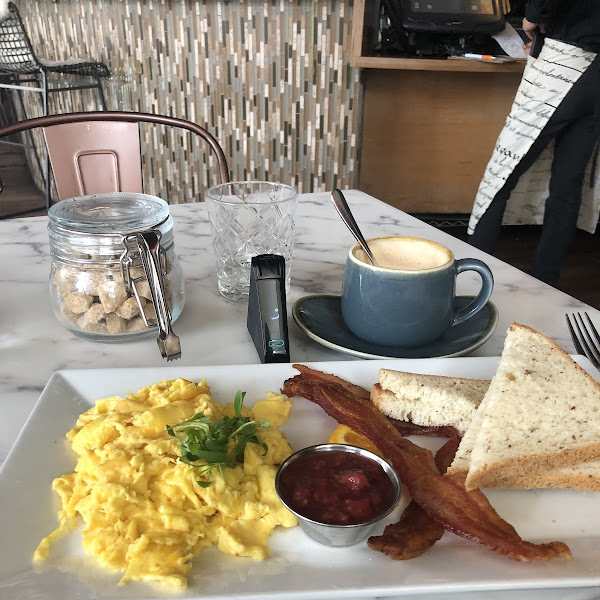 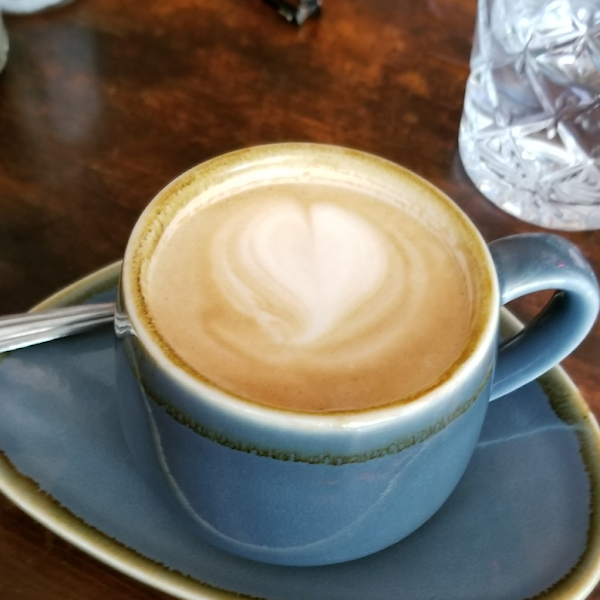 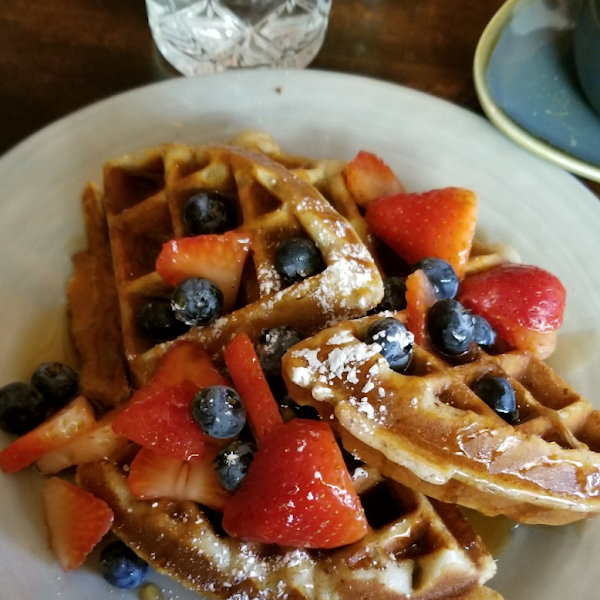 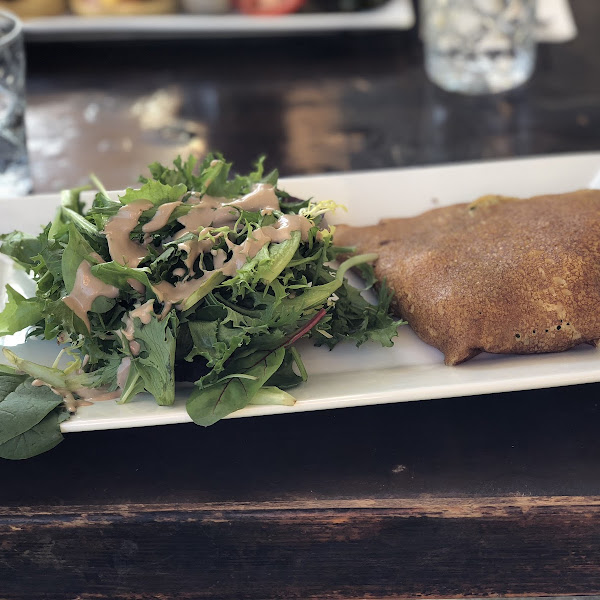 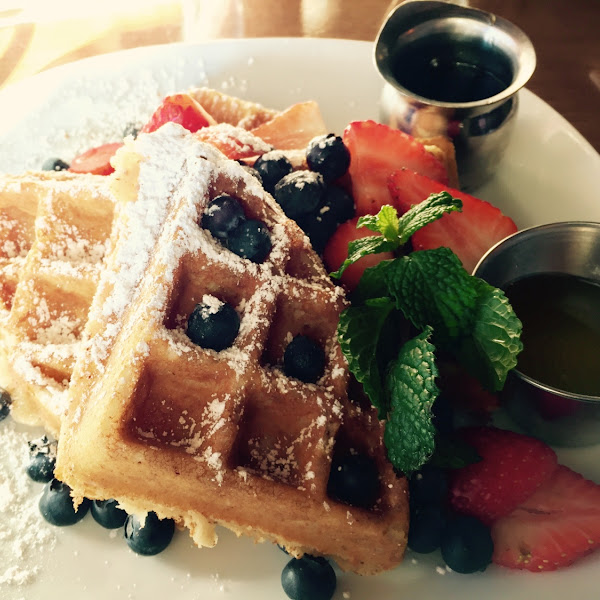 Had the eggs and GF pancakes. Would go back

Best breakfast! Had the waffles I 100% recommend it. Everything is cooked separate and everything on the menu can be made gluten free

The gf crepes were so good! The staff was knowledgeable about celiac disease and made sure my food was handled with care. I did not get contaminated.

Excellent GF & dairy free breakfast with eggs, turkey bacon and pancakes. A must go to when in Santa Monica. Ruth

The GF Waffles were incredible! I have been craving them since I went yesterday and will probably go back again today :)

The places is really unique and has relaxing, chic vibes and the staff are friendly. Average prices for breakfast/brunch and many many options. GF toast, pancakes, waffles, etc.

Had breakfast & lunch here - soooo many options! Wish I could have tried the whole menu. Pancakes were amazing.

Had breakfast here and it’s was so great we had lunch the next day.

So much choice on the menu for gluten free people (pancakes, bread, GF brioche bun etc) and staff very knowledgeable in regards to it.

We really liked the options for BF. They told us they prepare the GF waffle and crepes in a separate area! And they do have great GF toast! We all enjoyed the food!

Full breakfast menu with a ton of gluten free options including pancakes and waffles. Very clean menu. Even the apple juice is fresh squeezed. As ‘So Cal’ is it gets! Love it.

Food was very good but pricy. Everything is cooked on a separate surface, contrary to the previous review.

Very very limited options for coeliacs. Waffles and pancakes are cooked on same surface as gluten. Hash browns etc cooked in contaminated fryer. The only coeliac option is the potato skillet or the scrambled eggs with no carbs. Was very disappointed here and extremely restricted in what I could eat. I would not recommend this place for coeliacs. A huge amount of gluten free options for those who have a less severe allergy though.

Gluten free waffles!!!!! it was amazing. I added Nutella and ice cream. Also made in their own separate waffle machine =]

Ordered the GF waffles with strawberry's and blueberry's. Very delicious. We also tried the zucchini hash browns. They are a must to try. My husband ordered the GF pancakes and loved them as well.

I can't say anything about cross-contamination at this place, as I ate here last-minute, after the place nearby that I knew to be celiac-friendly was already closed for the day. However, the nutella crepes that I and my non-celiac company had were delicious. The portion was very large as well. I saw other gluten-free options on the menu, although a lot of them contained meat and seafood (I choose to be a vegetarian). I recommend.

Fantastic buckwheat crepes!!!Not sure if those are made on a separate surface but I have never gotten sick from eating them (and I am so sensitive to gluten that I cannot even have gluten free beer under 20 parts per million)...