Drove an hour for the GF fried clams. Knew that there was no dedicated Gf fryer but thought it would most likely be fine. It was not. Immediate gluten reaction.

Delicious, but in no way actually gluten free.

Not very good fried clams. The batter doesn’t stick to the clams. It’s a clam shack not a restaurant, really. No ambiance. I was very disappointed.

THEY DO NOT HAVE A DEDICATED GLUTEN FREE FRYER.

So anything that is fried is not Gluten Free.

Chowders are GF and they have GF rolls for Lobster Rolls and GF buns for burgers. 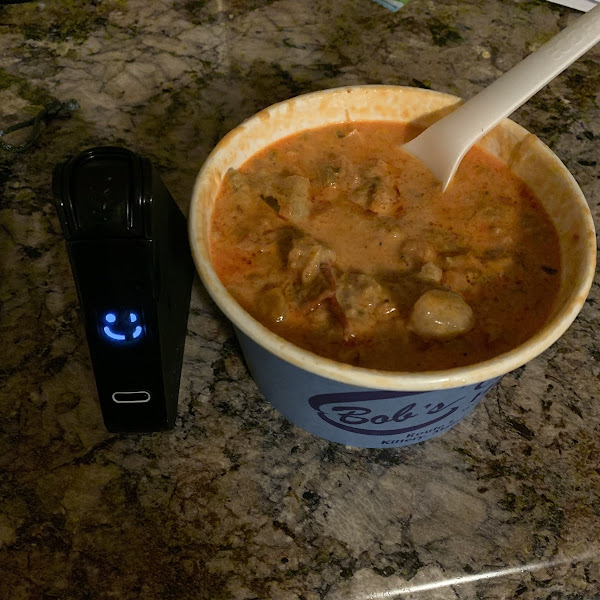 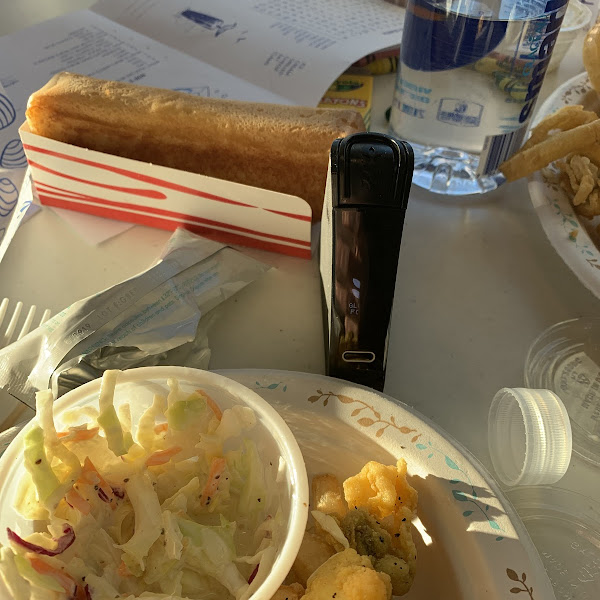 AMAZING! THEEE BEST Fried Clams! Very knowledgeable, patient staff! I am celiac and sensitive, I feel it if there is cross contamination, NO ISSUES!! (and I had a 4 hour drive after we ate) they explained that everything but sweet potato fries and the clam cakes are GF. and that there could be CC. I will definitely go back when in the area, and will definitely try other menu items (but really, the clams are best I've ever had!)

Staff was knowledgeable. Have gluten free buns. They have gf batter but not separate fryer so defeats the purpose if you have celiac. A few non fried options

I would give a zero if I could. I have eaten here many times safely but not tonight. It was Nima tested and failed. The girl at the counter admitted that they will add oil from the gluten fryer to the gluten free fryer. So clearly not gluten free at all. The lobster stew was Nima safe for no gluten.

Had gluten free onion rings, and buns as well as dedicated fried was in heaven!

Update as of 8/13/17: It has been a year and I couldn't wait for Bob's again. This time I definitely had contaminated food and felt awful. It had been such a good experience a year ago that I went back. I won't do that again. In Bob's defense, they were very open about the risk. I just really wish there were GF clams somewhere!

I ate the GF clam strips, tartar sauce, and onion rings. The cashier told me they now fry all GF requests in the french fry oil, not with other gluten containing items. That being said, it's still not a GF kitchen. My order was on the same tray as the three other items I ordered but it was marked with a frilly toothpick. In the future I will ask for a separate tray. I did not react to the food, which is great because my family has been eating here for decades and I have missed their food so much!

They cook all of their gf flour in the same fryers. Always crazy busy. Robert's Maine Grill is right down the road and is much more celiac friendly.

no dedicated fryer, gf flour only. not safe

NOT CELIAC FRIENDLY! They cook all their food in the same oil. And there is wheat flour flying all over that place.

The food was so good and gf, the services was friendly and I got the seafood basket with shrimp,scallops, clams and fish with a side of onion rings my Honey and I couldn't even finish it! Would go again for sure! Already planning it

I didn't see a sign anywhere saying that they have gluten free options, but if you ask they will do it. First time I've had fried clams and onion rings in over 2 years since....so good! Can't way to go back.

Love love love their GF clam chowdah!! They have days when they change their oil & so it's "fresh" & OK for celiacs. Just ask. They are very truthful.

I wish I could give them zero stars! This place is absolutely NOT celiac friendly. They are a clam hut, but they fry their clams etc in the same fryer as regular gluten filled items!! We stopped when we left the Kittery Trading Post, thinking we had to check for ourselves. We had read so many good reviews and your app says its celiac friendly... Hubby grabbed the GF "menu" and the first or second sentence does say that they have a combined fryer. I was willing to get a salad but hubby refused to order anything if I couldn't enjoy with him. We will make the trek to Portland for a delicious safe GF plate of fried clams!!

Be advised I was told they DO NOT have a dedicated fryer. (Not sure why it says they have one in the info above.) Everything apparently fried in same oil, which defeats the purpose of even having a GF batter for the clams. But I won't eat here since I'm Celiac. Gave 1 star because I heard from a gluten sensitive friend that the clams tasted good.

The manager was great and honest with me about her concerns about the risk of cross contaminations and not being able to keep the foods gluten free...which is too bad because the food smelled and looked delicious...

The food is edible, if you like being disappointed...

Great place. If you have celiac do not have anything deep fried. When ordering let them know you have celiac and need food preparers change their gloves before preparing your food. Also they must not toast or grill the gf bun.They have gf buns. I like the lobster roll.

They are NOT gluten free! Manager said there is no dedicated oil and cross contamination of flour in the kitchen and in the air. Do not eat here if you are celiac.

Very accomodating. You must specify that you would like your good fried in the French fry frier or they simply use gf batter in the regular frier. Food itself was so-so and very overpriced for a road side stand.

Awesome staff! Ordering GF was super easy. When we picked up our food at the window, they let us know that the tarter sauce wasn't gluten free. Looking forward to our next visit!!

Really, really, really excellent. I mean, how nice is it to have some yummy fried seafood and NOT have to worry if it's gluten-free? They use a separate fryer for the GF foods and KNOW what GF and what's not.

I had the GF fried clam strips and they were delicious! A note of warning- they use their "freshest" oil, so it is not guaranteed to not be cross-contaminated. I had no issues with it.

Any seafood can be fried with gf flour. They also have rolls and bread. All is delicious!