Although they do not have a dedicated menu, the server was extremely educated. I was able to get a “chicken parm” which was grilled chicken w sauce and cheese. They have gluten free pasta which I was told is amazing, I opted for sautéed asparagus. The meal was great.

First off, you have to pay 4.00 per plate for gluten free pasta. Once you digest that they do have a lot to chose from and while it is not a gluten free menu they will make almost anything they have gluten free except for coated fried foods. Food was OK. Overcooked shrimp and pasta for my wife butter and light garlic sauce and fruit D ' mare over gluten free rigatoni with same sauce. Food was ok, nothing to bring us back. Fairly attentive wait staff

Updated 7 years ago read full review
This establishment is NOT a dedicated gluten-free facility and may not be safe for those with celiac disease. Please contact the establishment directly to inquire about safety precautions. 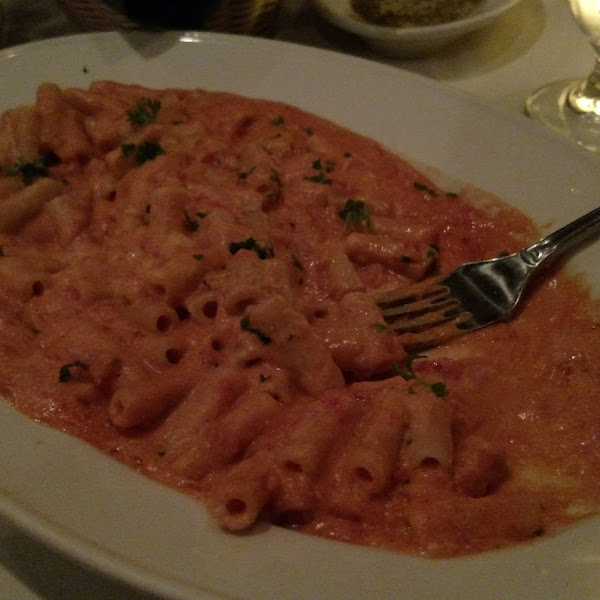 The waiter forgot to put in my order as gluten free and almost served me a pasta dish. He realized before he gave it to me and gave us a free appetizer to make up for his mistake. The staff was great and the gluten free food was also delicious. The only reason I didn't give a 5 was because the waiter seemed so nervous about serving me and prob could use some education, and as a place that has registered with this site, their staff should prob be a little more knowledgable about the food they can safely serve. I would still recommend this restaurant to other celiacs in spite of this because of the way they handled it.

I called ahead because I have both gluten and dairy allergies. Spoke to the owner/ chef who assured me that everything was cooked to order. He was correct and their were many choices that could be modified. I had ordered veal marsala,with a side of pasta. They left the butter out of the sauce for my dairy allergy and even suggested a different selection, saying that without the butter it would not be thick enough. I went ahead and it was very good. I did appreciate the honesty and suggestion though. The waitress even suggested a different restaurant that she knew to be very good. I gave it four stars only beause they had no desserts that could be both gluten and dairy free. The waitress did say that she would suggest it to the owner. All in all, it was a great experience. They were friendly, accomodating, the food tasted great. They even made a point of talking about changing gloves and other things they do to prevent contamination. I would absolutely go back again.

This place is one of my favorite places to go. Everything is cooked to order. Their GF pasta is very good.

Found this place by accident! 2GF Family Members and we LOVED it! Nice Italian meal, hidden away. Staff was knowledgeable.