Wow! Needed to pick a restaurant last minute that was near enough to the airport for my family while we were waiting for our late flight. Delicious and completely safe! Staff knew about gluten and nearly everything could be made gluten free. Dedicated fryer!! I had a burger on the gluten free bun. Great taste and held together mostly until the very end. Would eat here again and again and again if I was a local!

Wonderful GF Chicken Wings and Fries 🍟 it’s not easy to come across places with a dedicated fryer in Miami so that In itself is a treat 😃 they also have Great GF options from the the menu including for bunch. I would definitely highly recommend you visit! 😋 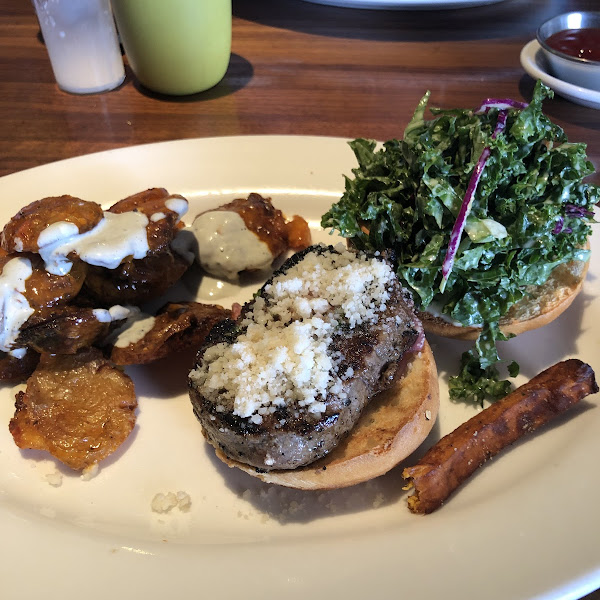 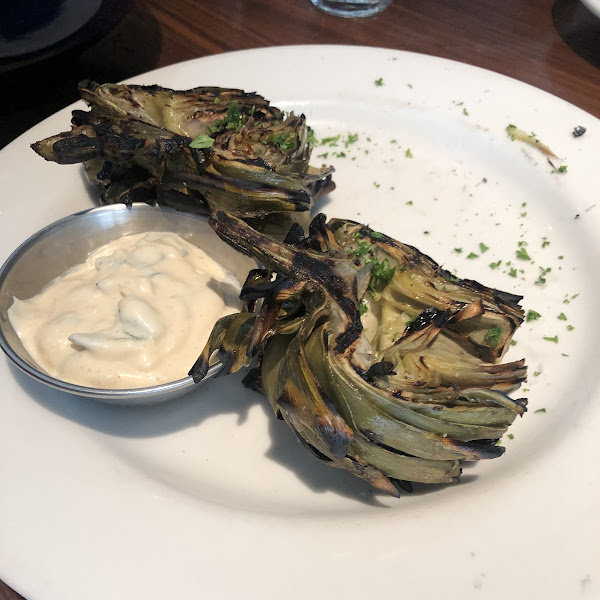 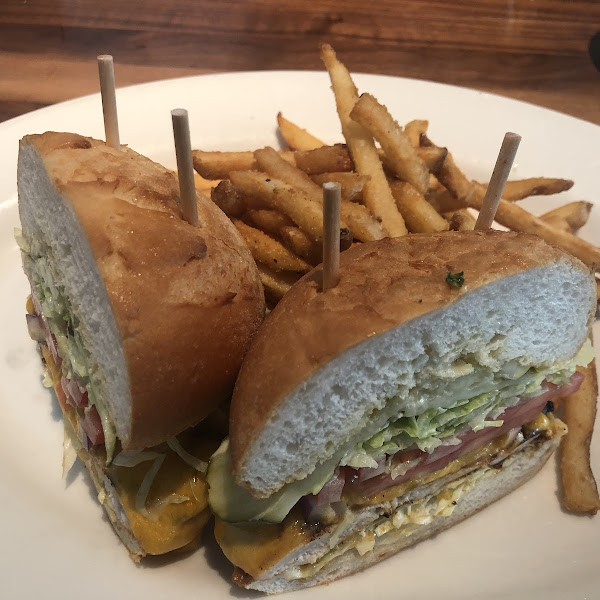 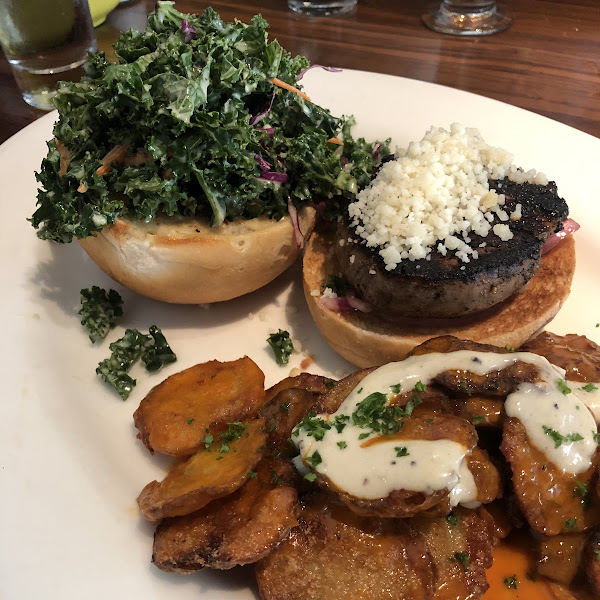 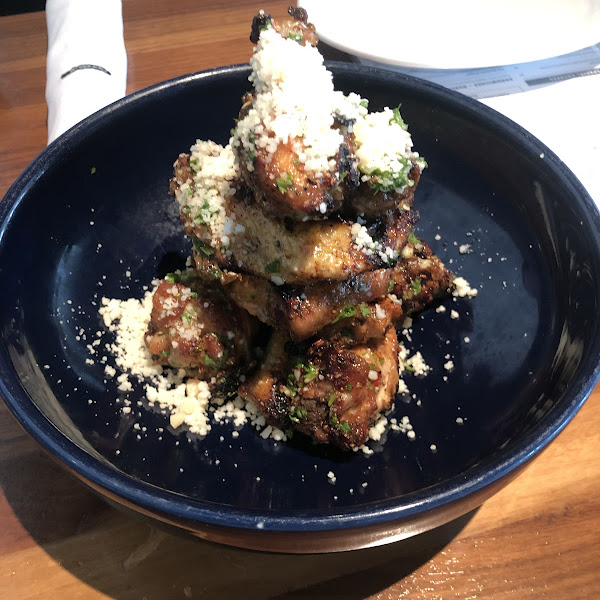 Excellent food.. excellent service..very careful about being gluten free. Had the steak sandwich and buffalo potatoes—nice and spicy. Did not get sick. I am celiac and would return here again

Hamburgers are so tasty, the children eat all food. Must eat there.

First off everyone who was working was so kind and sweet! The service was excellent I can’t say enough about how well run this place was. The food was pretty good we had the gluten free wings. They were hot and had the right amount of spice and cheese! We also shared the grilled artichoke. For lunch we had the steakhouse sandwich and the Wright chicken sandwich! They were prepared beautifully and very tasty! The fries were so crispy and tasty! As a celiac they made us feel so safe and very welcomed! For the amount of food and service I would highly recommend stopping by for a bite!

A great dining experience! Very knowledgeable staff and they were so friendly! Wings were fabulous crispy and baked to perfection. Steak sandwich and buffalo potatoes left me wanting to come back for more! Dedicated fryer for the fries and the potatoes. The gluten free bun was soft and delightful!!

The waiter was very knowledgeable. He knew every option available and he made accommodations for me. The menu doesn’t mark gluten free, but most things can be made gf. They have gf buns and lots of options. The food was great and the ambience was perfect!

I was very skeptical eating at a bar at the very busy Intl Plaza. However, I learned that Doc B's is your best bet in the plaza/mall area. I had wings (!), which they baked separately. I still wouldn't advise that celiacs eat anything fried because of CC, but the manager was knowledgeable about gluten and CC.

Although Doc B’s does not have a gluten free menu, I feel like they are taking allergies/Celiac more seriously. They now have a separate fryer and prep area for all gluten free items, the chefs are informed of the allergy, and are willing and able to modify almost all of the menu items! I had a delicious meal the other day and was not glutened! Very happy with my experience!

Wait staff informed me 80% of their menu is gluten free. GF buns were available with a burger or sandwich. Turkey burger was very good, sweet potato fries were ok.

The menu here doesn’t have gluten free marked anywhere, however they have many options. The waitress informed us that all of their sauces are gluten free, they have gluten free pizza crust and can make any burger or sandwich with a gluten free bun. She said the fryer has their onion rings in it so the fries would not be safe. The pizza was a 6/10 and the veggie burger was tasty with the kale slaw on top. When ordering the waitress asked if I had Celiac’s and said she would make sure the kitchen knew! They made me feel very safe eating there.

When I went in with friends after school our server was extremely uninformed and said they didn’t have gluten free options.

The service was great and the hostess and waitress both seemed confident that there wouldn't be cross contamination in my dinner. They even asked if it was "Celiacs" (it's called "celiac" without the s...) and wrote a little note to the waitress that it was for "Celiacs".Even with the note, the waitress didn't seem to know that it meant a gluten "allergy" and I had to explain that (I always just call it an allergy since it's more confusing to them to explain how the whole auto-immune disease works).I had Cajun fish with a cucumber salad, and chicken wings as an appetizer. There is not a separate frier for fries, but I was told there were GF buns for the burgers.I was sick that night, so can't trust them to be safe.

The staff was friendly, but our server didn’t seem entirely sure about the gluten free options. She stated a few times that most of the salad dressing are gluten free... but couldn’t give me any more details. I ordered a Cobb salad with grilled chicken. I had a slightly upset stomach and a fuzzy head, although that may have been from the blue cheese. I would not consider this place exceptionally gluten free, but it’s a good option if you ask a lot of questions and know what you can and can’t eat on the menu.

good burger and pretty good bun, you always know its 5 stars when you can get frys and they were good too.

Fabulous service, well aware of gluten allergies, confirmed fries are in a separate fryer. Tasty food! If I'm in the area again (was traveling for work), I will definitely be back!

By far my favorite gluten free restaurant in Chicago! They are willing to make nearly every entree/sandwich gluten free. One of the best I've had! must try!

Took a minute to find it but so worth it!! I have multiple intolerances, but there were so many options I wanted to cry. Has the bakes polenta fries and the wok bowl--all GF! Sat at the bar and the bartender was super knowledgeable. Couldn't have asked for more.

I ate at Doc B's for the 20th + time this past weekend. There was a small wait, but the hostess was accurate on the length of time and if anything we were sat quicker then quoted. As someone who is very gluten intolerant, but not Celiac. I have found that there are a lot of amazing options at Doc B's. I love their turkey burger & grilled artichoke. I had often ordered the Wok Bowl without sauce. However, on this visit I found out that all of their sauces have been re-formulated so they are ALL Gluten Free!!! Even the sauces in the Wok Bowl and Teriyaki Salad Dressings are now made in house with Gluten Free Soy Sauce. This was very exciting. I would highly recommend for anyone looking for something delicious and healthy. Our waitress Kayla was very attentive and knowledgeable in answering questions related to food allergies. We also were able to meet Chuck (Executive Culinary Manager), he told us all about the change in their sauces and recipes as he makes them.