Write a Review
propose edit
Reported NOT to have a gluten-free menu, but gluten-free options may be available.
100% of 3 votes say it's celiac friendly
7131 E Main St
Scottsdale, AZ 85251

Food was so good! Waitstaff was very knowledgeable of gluten-free items! Just about everything can be made gluten-free indoor and outdoor seating available

Staff seemed knowledgeable, but I had to double check everything as I wasn’t comfortable. Manager was helpful. Will eat here again. 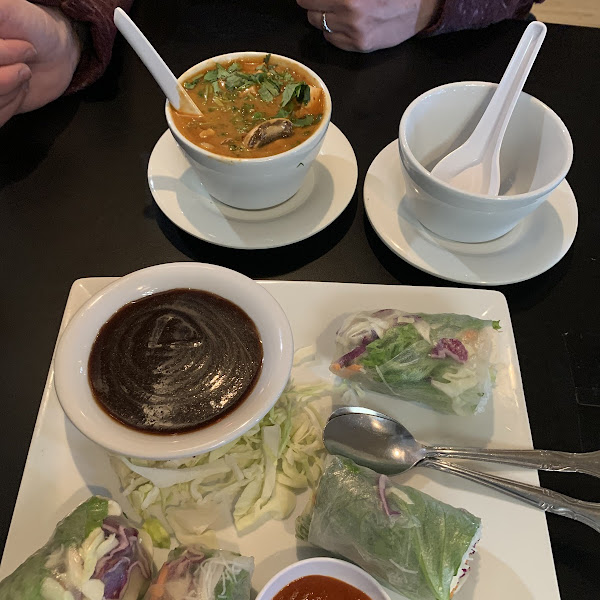 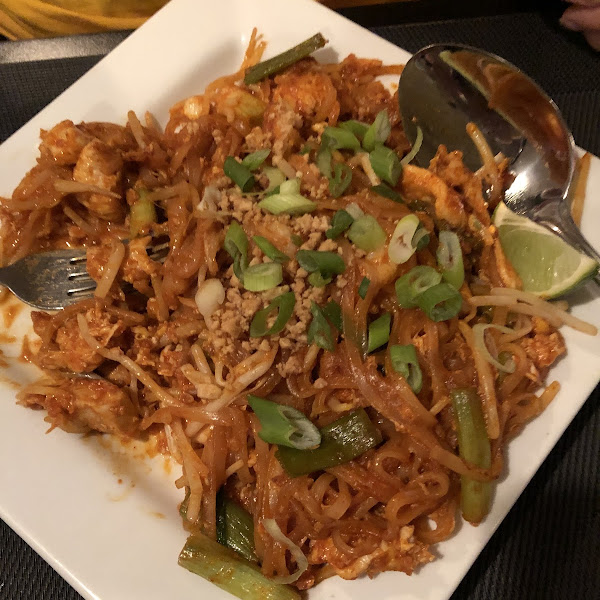 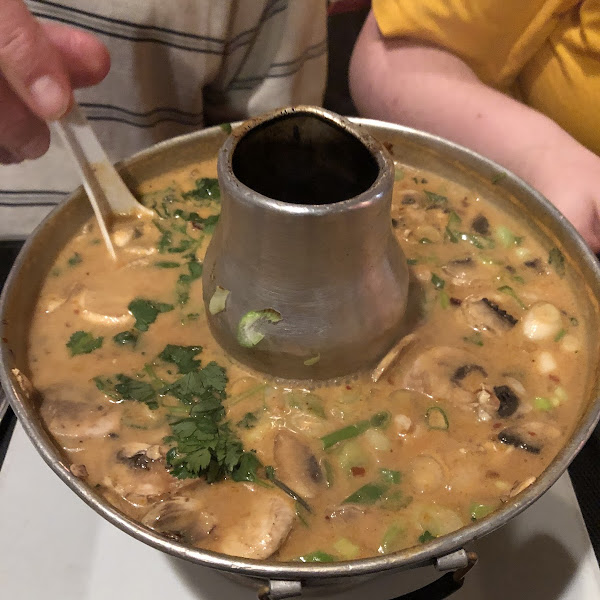 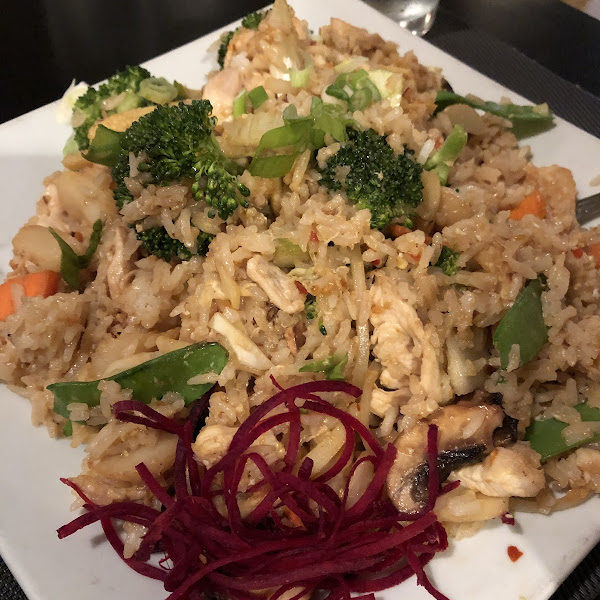 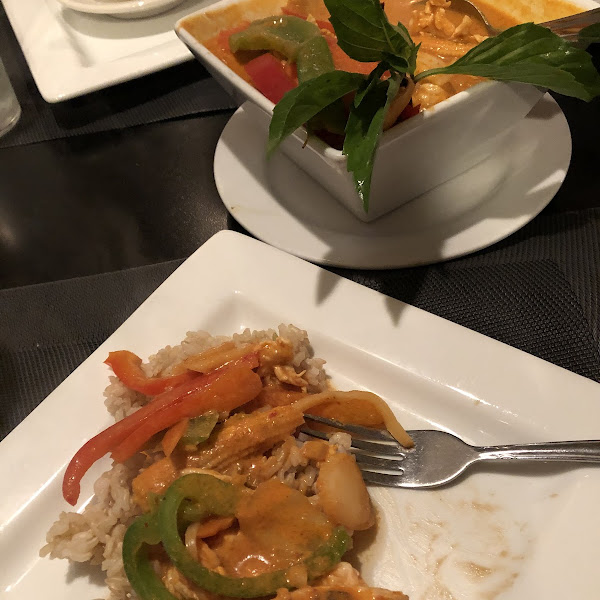 Make reservations. Dine in or out. Ample portions, even on a half order of pad Thai. Delicious red curry. Best Thai soup he’s ever had! Waitress was also an endo tech. Celiac safe.

I didn't have any bad reaction at all. Staff friendly. Food was average at best. I eat Thai a lot and this was not a good one.

I have Celiac Disease and have eaten at Malee's many times with zero problems! Most of their dishes are already GF, and the rest can be made to be GF....so, enjoy! It would be helpful if negative reviewers would list specific dishes that they said couldn't be made GF, otherwise, it's not an acceptable review. I'm also Dairy-Free and can eat here with more choices than at most other restaurants!

Good food... what they had! I called before going and asked if they had both gluten and dairy free food. I was told yes. At the restaurant, I asked for a gluten free menu and was told there was none. I was told that almost everything could be made gluten free and several could be dairy free also. I picked a dish... Sorry can't be done. Picked another... sorry, that can't be done either. Then they told me what I could have. There was a selection, just not what I expected. I read the reviews where it was said that almost everything could be made Gluten free, etc. Either those reviews are wrong or they have since changed the menu - so be aware. I will say the Chicken Pad Thai was very good and the portion was large. Service was ok, but the waitress forgot my drink, then the sweetener. She did though go and ask about certain foods to see if they were ok. Someone finally came out to help with the selection. In the end, the food that I had was good, the portion was large, and not very expensive. I would probably go back, but need to remember, the selection wasn't huge.

I have eaten here twice now without any issues. Many of the dishes can be made GF with modifications if it isn’t naturally GF. Staff is attentive & understanding of GF needs pertaining to Celiac. I’m hooked on the Pad Thai!

I mentioned I needed to eat gluten free and the waitress seemed to know off the top of her head what was acceptable or not. I felt really confident until I took a bite of my salad with the ginger dressing. It tasted like it had soy sauce! I had her take it away, and didn't get a confirmation if it was soy sauce or GF tamari other than a quick "sorry about the salad". I'm pretty paranoid now even though the food was nice. I will know later if I have a reaction.

Everything in the menu can be prepared gluten free. No dairy in any of the entrees. Curry, stir fry and rice noodle dishes were excellent.

Super delicious! Best Thai I've had in the states. Very friendly staff and one of the best gluten free menus I've had the pleasure of.

First time I ate here. Waiter was knowlegable and extremely accommadating. Delicious food amd I had no reactions. Definitely will return.

I am not Celiac, only GF. I give them 5 stars for excellent GF choices and service! I choose the Evil Princes. It was very good!! I like things mild, and this is a very mild choice. What I like about this place are things are made to order as far as spice. You can pick 1-5 with 5 being extremely hot. So, next time I will add a 1 to this meal, even though I like things mild. They say there is no cross contamination as everything starts with a clean pan and clean spoon. My husband, who is not GF also gives a 5 star rating. Two lunches and two glasses of wine, $34. Very nice!!

Best Thai food ever! We eat here all the time, I have celiac and other allergies and there are a lot of options and the service is excellent! Chaunna is the best waiter!

Was visiting Scottsdale last Saturday and stumbled onto Malee's around lunch time. I am very sensitive to gluten and have a complete internal anxiety attack when people suggest a new restaurant. But, I decided to be brave when our friends decided this was where we were eating. I asked and received a separate gluten free menu. I ordered the Evil Jungle Princess because I liked the name. I am fairly new to Thai, so I don't know exactly what type of meal it was, but it had big chunks of chicken, mushrooms, and a Devine curry sauce. I add a little brown rice to soak up some of the sauce. I loved it!!! And better yet, I did not get sick. Woohoo. Thank you Malee!!

Best and most unique Thai ever! I'm severely sensitive to Gluten, and I had no reaction. So happy to enjoy a great tasting Gluten free meal!

MALEE'S THAI BISTRO in Old Town Scottsdale is boasting with fl avorful gluten-free dishes that will knock your socks off.