I like that they specify the GF pizzas are made in a separate area, gloves and aprons are changed. I got the veg out pizza. The crust was pretty good, but it was not crispy in the middle. I'd go again, but I'd really probably prefer making my own GF pizza at home.

menu is confusing, no GF appetizers, first thing they try to do is give you booze, been there twice with no GF dough available. Could not get order right, after waitress explained menu and we made choices we still got wrong pizzas.

I felt very safe eating there. The menu even has a statement about the precautions they take for gluten free and how the staff is trained. 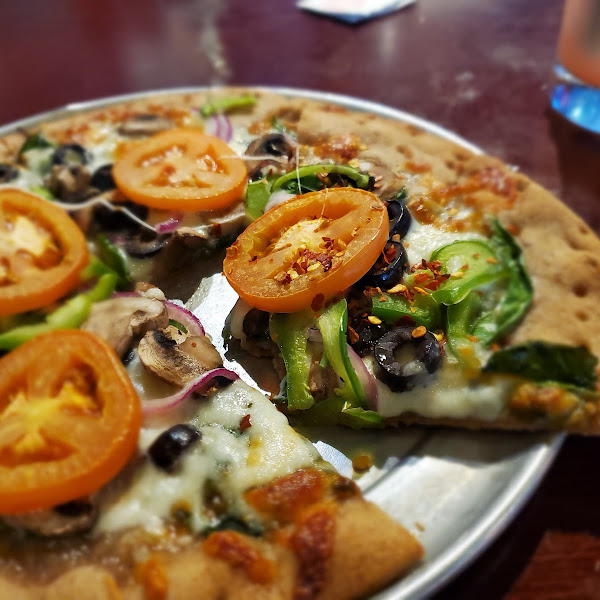 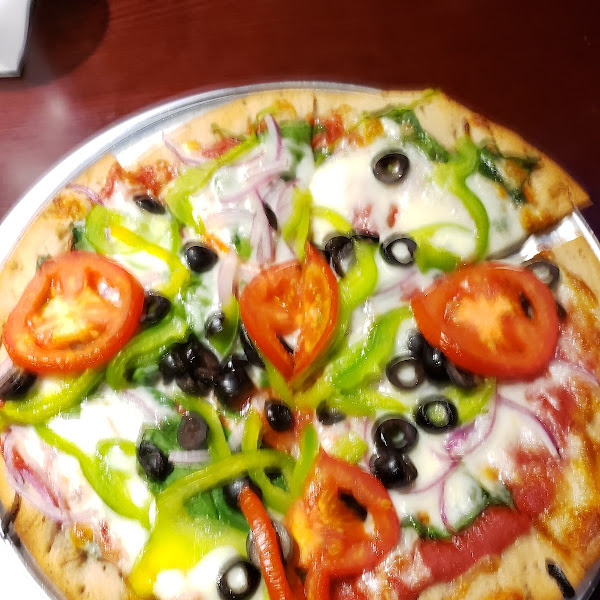 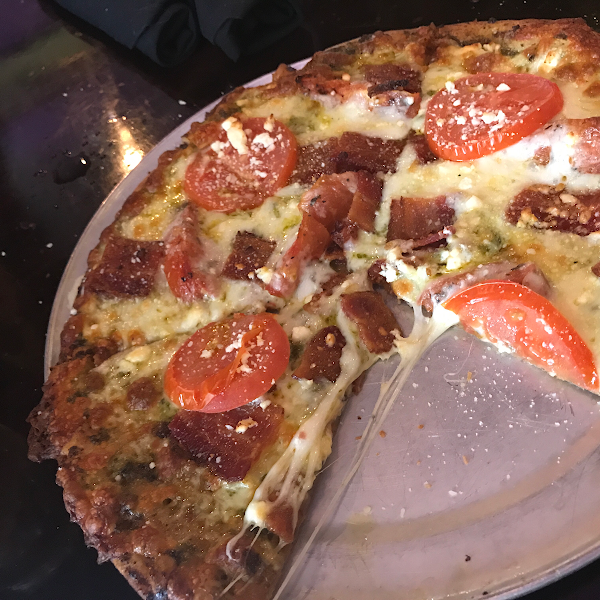 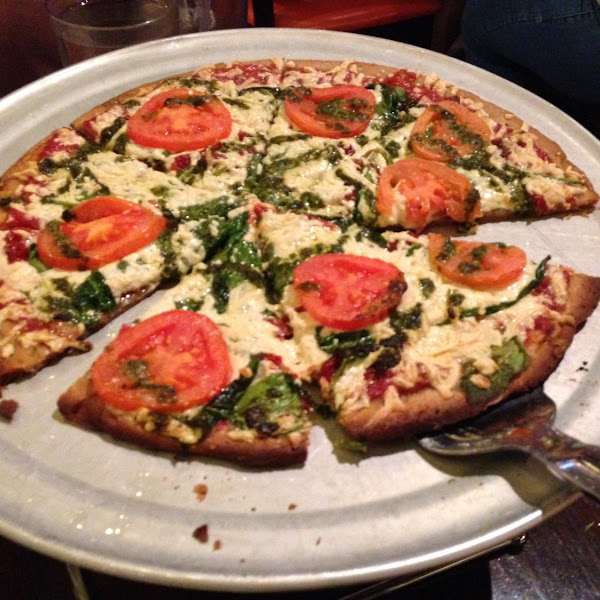 Really enjoyed my pizza and salad. They were very careful with cross contamination in preparing my food. Can't wait to go back.

My daughter began a gf/df diet almost 5 weeks ago, and she was really wanting pizza again. We stopped in on the way to our movie and really enjoyed our meal. The menu lists each item that is gluten free and has dairy free vegan cheeze. There was a bit of sticker shock to get the 10 inch gluten free pizzas with simple toppings but for an occasional treat for my 14yo, it’s worth it. She also loved the music, decor, and the overall vibe.

Very good, but still a very thin crust pizza & very pricey. We ordered take out instead of dining in, which saved on the wait time & an even larger bill.

So happy to have found this place while traveling. Great pizza! I had the House Special and was not disappointed. So great to feel like a normal person and go out for pizza. Great flavor and texture. Friendly environment. Good value.

This place is amazing! I ordered a dairy free, gluten free pizza and it was delicious. I didn't get sick! I will definitely be back.

One of the best GF pizzas I've ever had! Mellow Mushroom offers plenty of GF toppings, as well as vegan cheese - a huge plus for me! The pizza is a bit pricy, but it is absolutely fabulous, and it's wonderful to go to a pizza place and find gluten free options other than salad! The service is great as well! I once received a slightly burnt pizza (which was still very edible.) The manager noticed, had the staff bake a new pizza, and gave me a few coupons for future visits. I was highly impressed. You'll pay a little more at Mellow Mushroom, but it's absolutely worth it.

Best gf pizza I have found in San Antonio. Hate Stone Oak area traffic but sometimes it's worth the trip.

The pizza was delicious, and they were able to give us veggies for the humus appetizer. However, the gf crust they have is the common 12" thin frozen crust. Which is fine, except when you're charged over $20 for it! They told us that the charge would be the same as a regular medium pizza, but since the regular small we ordered (half of the family are celiacs- half are not) was $15, we assumed that a medium was just a bit more. Our family of 4 paid a bill of $80 for 3 pizzas (1 small, 2 medium) and a humus appetizer! In our opinion it is way over priced for the quality. If they made their own gf crust in-house, it might be worth it. But we can get the frozen crust at Stouts nearby or even Pizza Hut or Dominos. If you're looking for good in-house gf crust, try the Purple Garlic. It's much tastier, cheaper, and the owner goes out of his way to increase his gf menu.

I so dispute the person who spoke negatively about pizza crust. Most places serve up frozen Udi's pizza crust. MM makes there's FRESH in a separate kitchen area and the GF meals are even delivered to guest separate of other guests meals. Staff is fully trained on GF (even the bartender) and the chef himself came out to answer a question on their soup. I have never scene such care to the GF guest! Cudos to MM!!!

Awesome gluten free pizza experience! Great to find a gluten free crust with flavor and texture, instead of gross rice flour crust! Felt confident that my pizza was going to be safe and made correctly!

I personally thought the gluten free crust was good. Service was a bit slow and I'm not sure that have dedicated cooking space.

Gluten free pizza is like eating cardboard. Go for a salad instead

Our new GF crust is also Vegan, and we have stepped it up even further to avoid possibility of cross contamination. Using a custom Smart Flour gluten free/vegan crust now (dropped Still Riding) in order to offer a better pie!

All pies are made from isolated ingredients and on a seperate make line/pizza pans.

As the owner, please email me with any concerns and I will be glad to help. [email protected]

I was a little nervous when I was about to order and when I said something about GF our waiter left and went and got the manager. The manager was very helpful asked if I was celiac or just GF and there on the menu were certain pizzas that were available in gluten-free. The pizza was OK. Crust a little soft but not bad. Also had a Greek salad and I had no problems Fromm my meal and I am very sensitive.

Mellow Mushroom is always a go to for us. This trip we found something new to love, the GF brownie with vanilla ice cream on top! So good!!

I ordered the house salad and GF pepperoni pizza. I didn’t get sick but the pizza had little flavor. I’d try another place.