Staff was very accommodating, provided list of gluten free options as well as full ingredients list, and even helped point out the safe entrees at the buffet when they saw me consulting the list. Food was delicious and the dances were wonderful!

I was put in touch with the chefs. I was emailed an extensive list of gluten free options and ingredients for all the food served on the buffet. They were amazing with accommodating my request to have food pre plated so my daughter wouldn’t get sick from cross contamination on the buffet. We were given massive servings, too much to eat. The food and drinks were amazing. One if my favorite meals during my two week trip and my 10 year old did not get sick!

Let them know of gluten allergy during reservation. They followed up via email with GF menu and ingredients list. We were also given a paper copy of both when we got there for dinner. (Note: only eat what’s on the GF menu - don’t reference the ingredient list. I did this and ate the taro chips brought out as an app and learned that while the ingredients were fine, they’re fried in cross-contaminated oil). They surprised us at dessert with a GF mouse/cake that they just introduced 3 weeks ago! Lovely experience overall. 😊 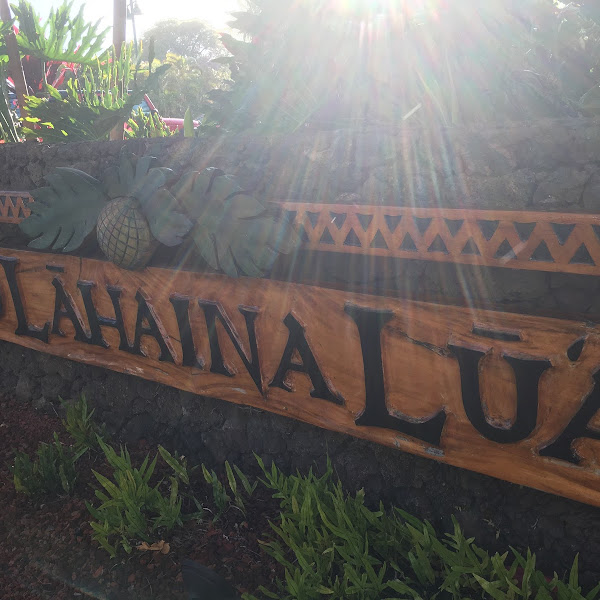 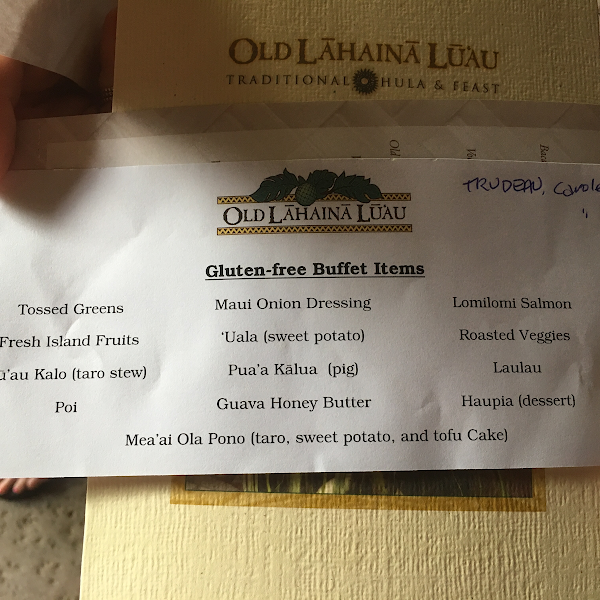 Great service. Was given a separate list of gluten free items on menu. Was able to get my food first to prevent cross contamination

Staff was knowledgeable, sent me the menu options ahead of time and provided a small list once we got their to take up to the buffet. Not a lot of choices but at least got to eat something. For $120 there should be more choices.

While the GF options are limited, it's more than enough to keep you feeling full. They also have a fully stocked bar so you can have something to drink... Unfortunately those gorgeous Mai Tai's aren't GF.

We called ahead of time and planned that my daughter would go up to eat first. We reminded them when we arrived and everything went very smooth. She also had lots to choose from!

Called ahead and was told we were listed to get my daughter's food first from the buffet before everyone else went through. Staff handed her a gluten juice drink when we got in, which I had to pull out of her hands. Also had to remind them a few times that we needed to go first. They emailed me a list of GF items and the full ingredient list for everything else. The "buffet master" who was supposed to help me had no idea what was GF, and I had to tell him what was based on the list I had from them. The GF menu was VERY limited and not enough for a meal - especially for a child. Disappointed with menu based on price paid.

So much fun and delicious food. Everyone from the check-in to our waiter was aware of gluten (and other" allergies. Upon heck-in simply let them know you are gluten-free and they will give you a small print out paper with a list of everything at the buffet that is gluten free. I carried it from station to station and was very easy to get a full plate of delicious gluten free food. If you are too nervous about a buffet style serving you can always call ahead and ask for a plated gluten free dish cooked just for you. However, I had no issues eating the buffet and it was fantastic. Great atmosphere and show and plenty to do before dinner is served. Highly recommend!

It is a buffet dinner with a fantastic luau show. There are many gluten free options on the buffet but ask for Executive Chef Craig and he will prepare a special dish that is brought to your table. I called ahead and mentioned Celiacs- they were so accommodating. Don't miss this great place when visiting Maui!!