We ordered 3 small pizzas and while the price was a bit high, they were all delicious. I didn’t have any reaction after eating my entire pizza in one sitting.

Pizza was safe but was only ok. Lots of garlic

Have only had the pizza and wasn’t impressed. There were other non-pizza options but I’m not sure I’d go back. 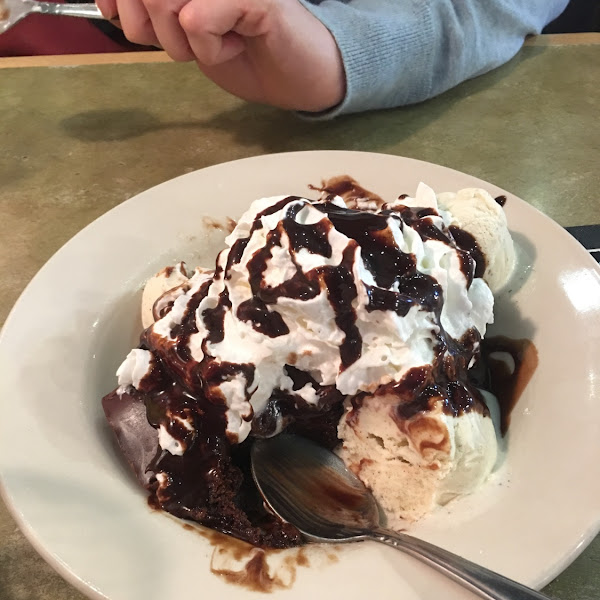 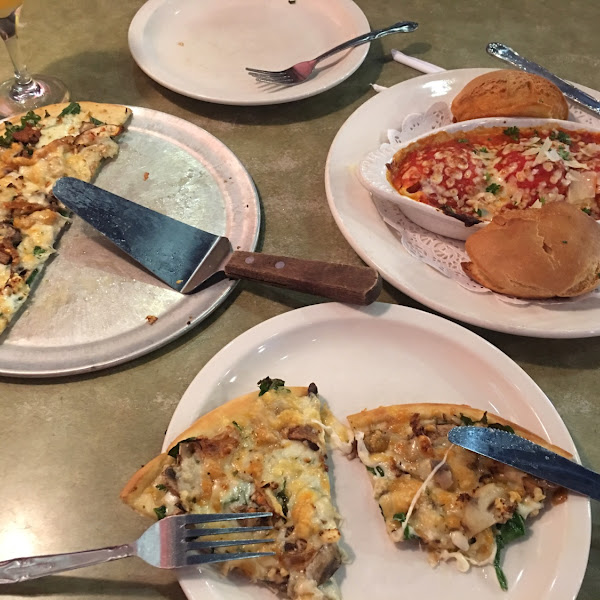 Amazing food! So many options: pizza, pasta, appetizers, GF breads, kids meal options! Everyone was also very knowledgeable about GF. It was a little pricey, but I thought it was definitely worth it for the quality of food.

Duluth restaurant is a great place to eat! We had the gluten free Build your own pizza with dairy free cheese, and it was really good! The server was very knowledgeable about the menu and gave us piece of mind about ordering. It was so nice to go out to eat and not have to worry about eating something that we would react to! Thank you, Pizza Luce for giving us food allergy people a safe and fun place to eat! It was a little small and crowded and the prices were a little spendy but otherwise a 5 star place. Will definitely be back when we are in town!

Wow was this great! I am gluten and dairy free and they had lots of options for me! Loved the environment. A little spendy but a wonderful experience and good food!

A lot of tasty gf options. The Pyro pale ale is perfect with GF pizza.

Nice ambiance and the pizza was ok. But I've definitely had better pizza and better prices

Went to Pizza Luce for dinner and, when I explained that I was celiac, I was given a GF menu. I haven't eaten pizza in years because it always gave me heartburn. But with this recent celiac diagnosis and having to eat gluten free, I have not had any heartburn at all. So my wife and I each ordered a GF pizza and shared each other's choices. Tasted great and no heartburn at all afterwards! The GF pizzas are only 10" however and cost as much as a large pizza on the regular menu. I can't give 5 stars as a result, but I genuinely appreciate the restaurant's efforts. The GF foods are made in a separate part of the kitchen. We even had a flourless GF chocolate cake for dessert.

Many options and everything is Super tasty. We had an amazing breakfast. ----- Second review. Amazing lunch as well!!!! We had to come back for more great tasty gf food. No words. A must go

This place is Amazing! There were so many gluten-free menu options that I was absolutely in delight! I chose a gluten-free waffle with berries and ice cream on top and it was absolutely fabulous… Did not taste gluten free at all! My husband had a ham and brie omelette and it was fabulous! We are excited to return so we can try pizza which is what we originally came for.

We used to eat here with no problems but the last 2 years we have gotten sick even time we have tried. I don't know if it's a lack of training or kitchen staff that just don't care but my daughter and I both have celiac and it's just not worth the chance. Bummer because it is good.

I order the gluten free options and have never had a problem. The gluten free pizzas are smaller in size than the original varieties, but the pizza is not made from a crust out of a box, and are very satisfying.

Ouch! This place has gone downhill in their celiac safety. All three of us were sick tonight after ordering the stuffed shells. I don't recommend this pizza Luce location for those with celiacs.

i have been told many times employees are specially trained to avoid cross contamination, however a friend who works there says many don't take it seriously. there is flour constantly in the air and often the ingredients are shared and contaminated by the flour on gloved hands. i have gotten gluten sick so many times from supposedly gluten free food i will never eat there again. they offer the awesome gluten free beer from st. oaul Burning Bros. Pyro Pale Ale but it is like $9, which you could go up the block and get a 4 pack for $2 more.

So many GF options to choose from! My daughter had the stuffed shells with cheese, something she has never had because you just can't find them GF. They were served with the softest GF dinner rolls she's ever had and a delicious Caesar salad. Knowledgeable server and no reactions by either my daughter or niece, both Celiacs.

Great delicious pizza, attentive server. Best of all, I didn't have any reactions to eating there and I am very gluten sensitive!

Stopped by for takeout and got a GF cheese pizza. Normally we eat at the St. Paul location so I was a little concerned to read the other review about cross contamination. My son had no issues and he's pretty sensitive.

Not actually gluten-free. They use high gluten flour to make their regular pizzas. They coat the regular pizzas in more flour and they toss them in the air right next to where they are making your GF pizza. Then they throw those gluten encrusted pizzas in the same oven they use to bake your GF pizza. ( it is an air-impingement oven, it blows flour everywhere.) I tested one of their "GF" pizzas with a gluten testing kit, and it failed.( The crust where it was covered with toppings was fine, but the toppings exposed to air, and the bottom side of the crust were both contaminated.) Come november, when the GF foodservice laws go into effect, they will not be able to sell those pies as Gluten Free.

So good! Many different gluten free options from pizza to pasta! Only in town for the weekend but we returned due to the outstanding food and service!

So good you wouldn't think it's gluten free. Pricey, but it's hard to pass up!

Good place and super accommodating but charge way too much for gluten free pizza, crust is ok and a little crumbly and sauce is not my favorite.

Love to eat here. The best restaurant gf pizza I have had. Also love that they have gluten free pasta for my son and gluten free dessert.

much better than average gluten free pizza certifed gluten free so safe for celiac. the also have some other gluten free items. I would highly recommend

Lots of "gf on request" options on the menu. Separate gf food prep area. The pizza crust is crispy on the bottom, but the top is moist and slightly grainy. Keep working on the recipe, Luce, you've almost got it perfect!

Just the best. They are great about keeping things safe from cc, they have a great variety, and their pizza dough is fantastic. The Molly Bar dessert was just so-so though.

The gluten-free pizza is very good! They also have Crispin (hard cider) on tap. This is one of my favorite GF restaurants.

I trust this kitchen and have never had a bad experience there. You can order wings and salads gluten free, and they will assemble the food in the gluten free area of the kitchen to avoid cross-contamination. The pizza crust is awesome, though it doesnt reheat well for leftovers. Their vegan cheese, both the mozzerella and ricotta versions, is also very good. The gluten free bread they include with bruschetta and artichoke dip is FANTASTIC too!

Really good pizza! I am lactose intolerant as well and I appreciated how accommodating their menu is opposed to most places.

I eat here often and have never had a reaction to their GF pizzas, wings, Ceasar salad and pasta

I've eaten here way too many times, because every time I've ordered the GF pizza I've gotten sick. Sometimes from the bread as well. I'm totally done with them. It isn't even just a little cross-contamination -- I'm extremely sick today after having their pizza last night. I even called it in to make sure they knew of my allergy. Avoid at all costs.

They offer a GF pizza crust for all pizzas, GF bread and a GF pasta dish.