Not a GF facility but they offer GF bread for any of their sandwiches! I had a egg, bacon, cheese sandwich, it was delicious. Breakfast is also served all day. Service was fast and friendly.

(I’m allergic to wheat so I can do mostly gluten friendly and not always certified gf) I went on the Find Me GF website and found the options and then typed the best ones into the search bar in the Delta app on the airport map. I went to the one by gate D6. They only had juices, salads and breakfast sandwiches(served all day). But you can order gf bread! I think it was like an extra dollar but it was delicious. I didn’t ask but I’m pretty sure they toasted the sandwich in the same oven they toast regular bread. I had the bacon, egg and cheese breakfast sandwich with hot sauce and ketchup. Delicious!

Flying out of LAS and it looked good / easy. Said it was in C gate, found out that recently closed so I took the tram to D gate where it says there’s another one. Got there 4pm on a Friday and the gate was down / closed. So I just rushed back to my gate and grabbed some borderline jerky for $14 because I don’t have any time left to look for another option.

Updated 5 months ago read full review
This establishment is NOT a dedicated gluten-free facility and may not be safe for those with celiac disease. Please contact the establishment directly to inquire about safety precautions. 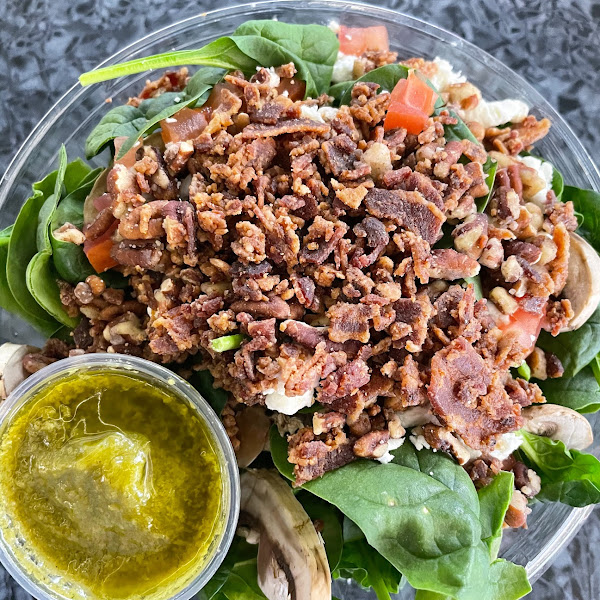 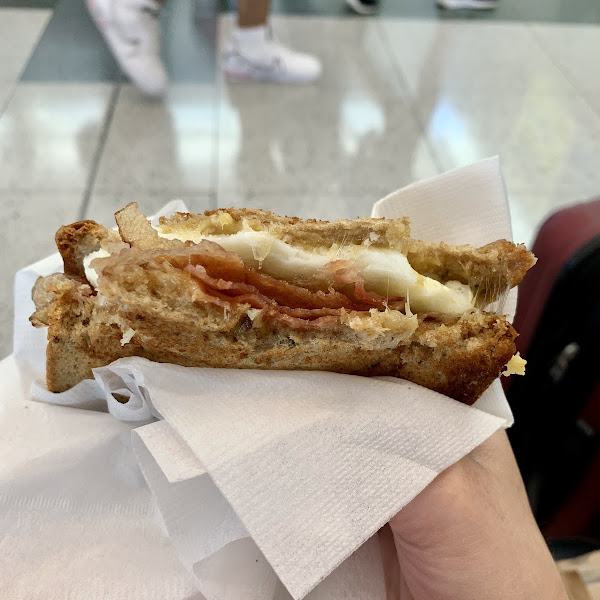 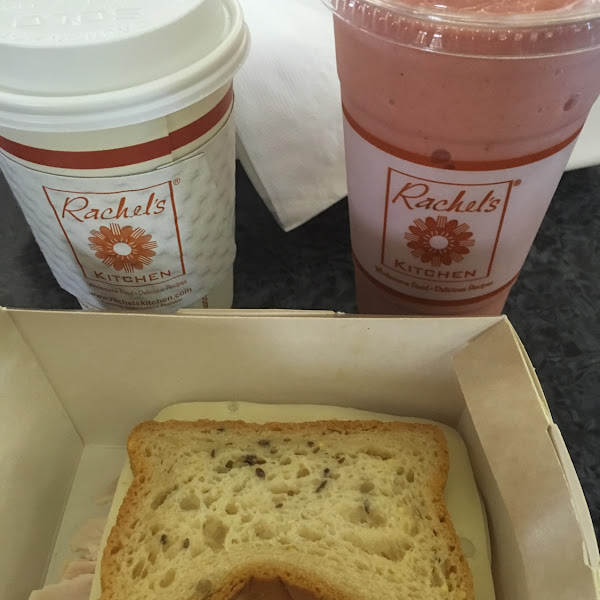 Flying out of LAS sounded good. Showed up that it was in C gate. Ended up in D gate. After taking the shuttle to D it was closed at 4pm on a Friday. I just spent $15 on jerky that is borderline but I don’t have anymore time to look for anything else - ugh! Bummer because it sounded good.

Best spinach salad I’ve had in a long, long time! It is very difficult to find GF food in an airport so I was very thankful to find this place. Costs a little less, too!

They have gluten free bread but they prepare the sandwiches where they prep all other food so it is not safe for those with celiacs. Be warned. Of note, we did not find a single place in the airport that served gluten free so we were forced to live off of chips and fruit.

Omigosh, gluten free bread for sandwiches in an airport 😍. I also grabbed a gluten free blueberry muffin and a rice crispy treat for my long flight back to DC. Thank you thank you Vegas

Sandwiches are done on shared equipment. There is the option of old gluten free muffins and hard boiled eggs

Staff members were very accommodating! I asked for a customized snack box to be made and the staff members answered all of my questions about sandwiches. Do not get a hot sandwich if celiac- they only have one griddle!

Best kept secret at McCarran Airport in LV! They have gluten-free bread available for their sandwiches made fresh on site. Knowledgable staff! They do warn that they use a common toaster and sandwich menu is not as complete as at an off-airport version of Rachel’s Kitchen but still a broad choice.

This is a counter service only option. Ample seating in common area within steps. Had a good, fresh spinach bacon salad and really really fresh fruit bowl! Knowledgable staff. So pleased with the food... just wish there was a restaurant with sit down service with the quality of fresh food available here. Good airport option

I requested gluten free cheese sandwich. Normally it was grilled but I asked to have that cold because I cannot eat sandwich which is grilled in the same grill as normal sandwich is grilled. After 30 minutes eating the sandwich I started throwing up badly. I had also fever. Not best way to end nice trip.

A safe and accommodating place in a sea of gluten. They will make any sandwiches of the day on gluten free bread if you ask. Don't let them toast it to avoid cross contamination. The sandwich is pretty good too!

The guy turned the toaster rack over to the clean side ... tasty breakfast sandwich!

They can make sandwichs with GF bread. Do not toast your bread. Smoothies are good too. Only place that you can eat at the airport.

Gluten free bread was pretty dry but good sandwich overall. Nice that they have a quick option since GF options usually require a sit down meal. Staff was friendly and helpful!

Bread wasn't great (very dry) but otherwise good. Not many options at airport at all. Gf rice crispy treat was nice.

The toaster is not dedicated, so ask for them to toast it on a clean grill, which they were glad to do. My wife is very sensitive and had no problems at all, They saved the day because the airline didn't offer any gluten free options.

They also have fruit plates and vogurt and gluten free smoothies

I got a smoothie. The protein powder contains gluten and they THOUGHT that the regular yogurt did too so they used light and fit in mine. They washed the blender first and we're happy to help keep me safe.

We are staying on Fremont Street and decided to try Rachel‘s Kitchen for breakfast. I have a very ruined body from undiagnosed celiac for most of my life, so travel and eating out are very scary. They told us to order from their gluten-free menu and they would clean the grill first. My husband and I can’t have intimacy for hours after he eats gluten, so he’s eating gluten free on this trip. When our food came, the waitress said mine was gluten-free, but my husband’s toast was not. They took it back to replace it, but it took 20 minutes and we had to leave. We also realized that his scramble was probably not prepared on the clean grill, because they were wrong about the toast. Now, 3 hours later, I’m attached to the toilet because my bacon and eggs were also unsafe. Definite mistake!

No gluten free menu and right on the menu it states that cooking areas are shared.

Lots of options, I had some pasta, large portions and couldn't eat it all, would recommend.

I had the Arugula Pear salad and a Hawaiian Bliss Smoothie. I went back a second time and had the chicken salad sandwich. No GI issues at all and the food was delicious! (I tested the food with my Nima Sensor to be safe - no gluten found)