Awesome food and service. Called in our order and spoke with Mandy! She was great and knowledgeable about celiac! We will be back! ❤ creme brûlée was amazing

This place was so good! I had the Shrimp and Grits and I’ve been dreaming about it ever since.

This was a great family dining experience. We ate here as a totally gluten free family with celiac kids. The fish tank makes this a neat experience. We did wait an hour for dinner as they weren’t take reservations at this time. However, it was very worth the wait. The menu had the gluten free items marked and it wasn’t a limited selection either. Everything was delicious and the celiac kids had no reactions. 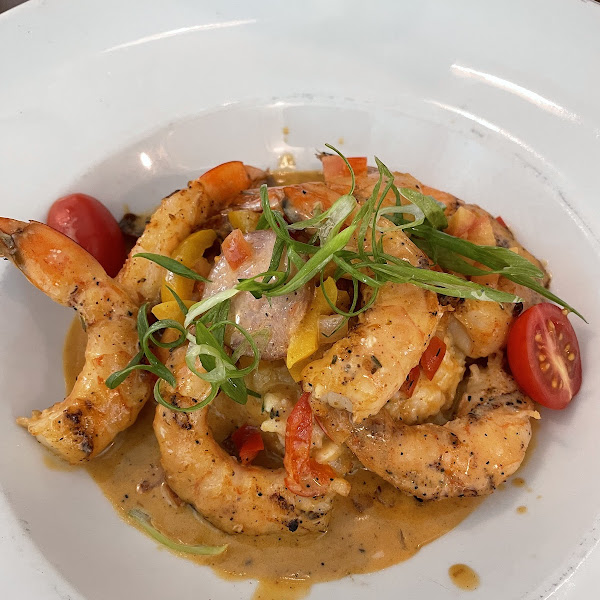 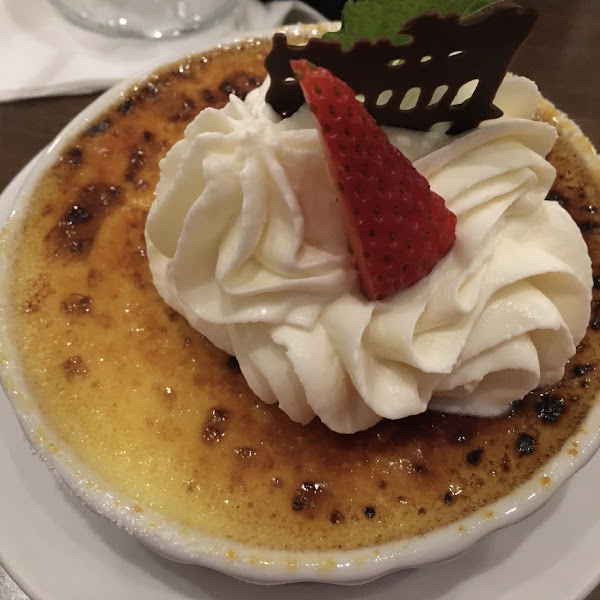 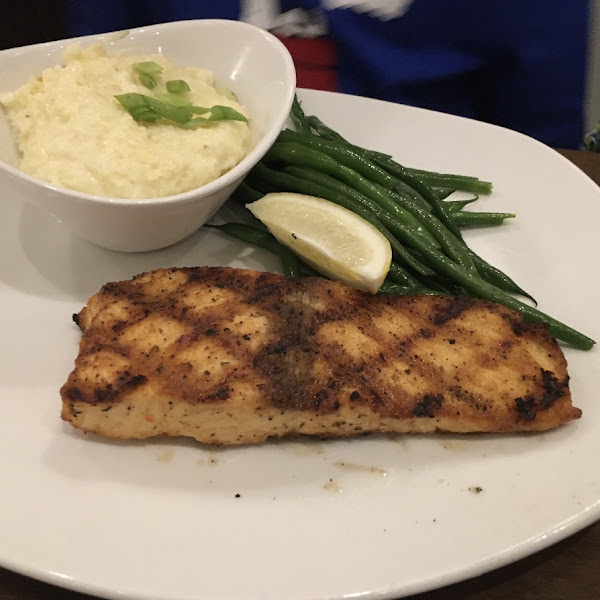 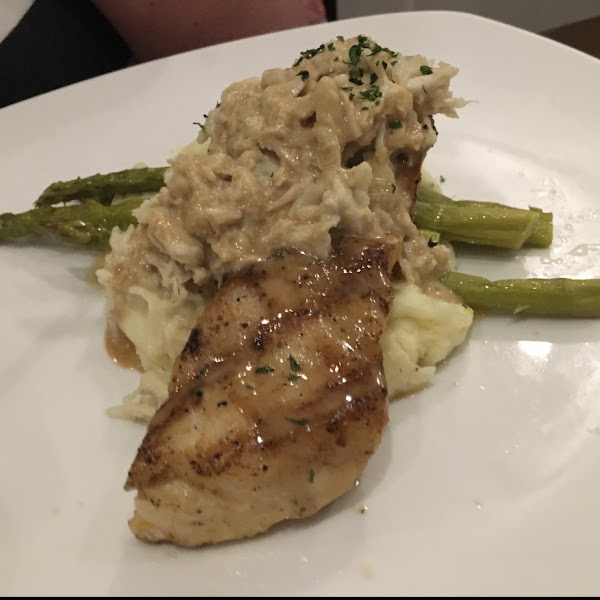 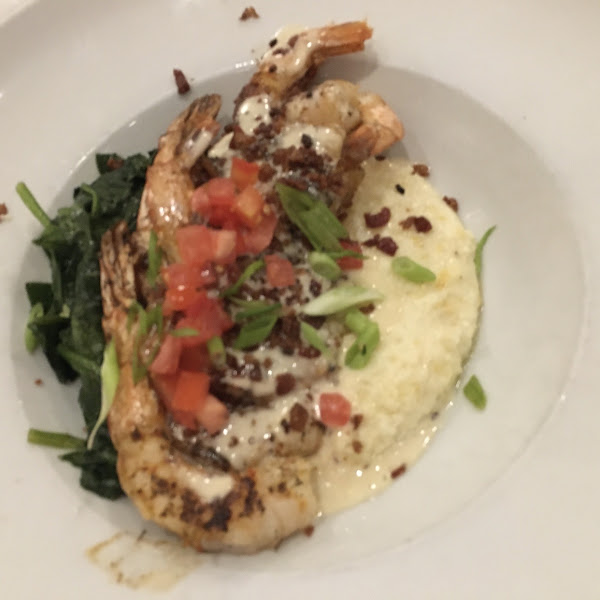 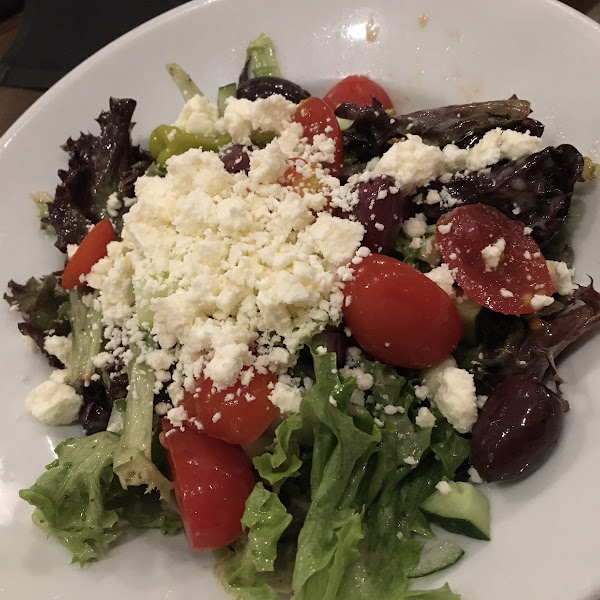 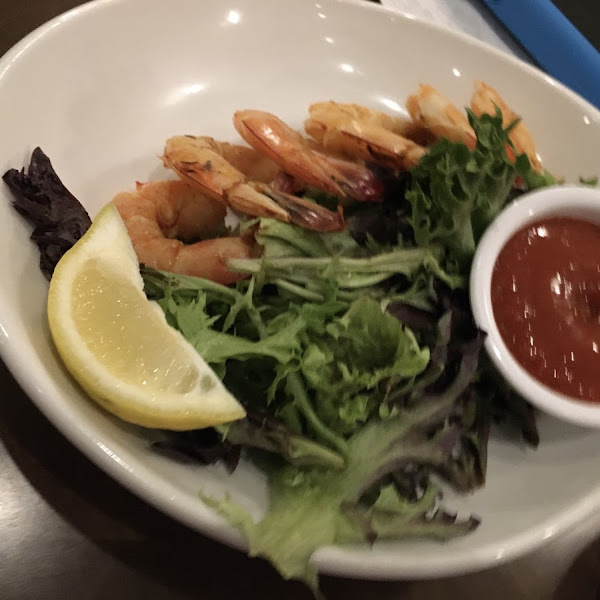 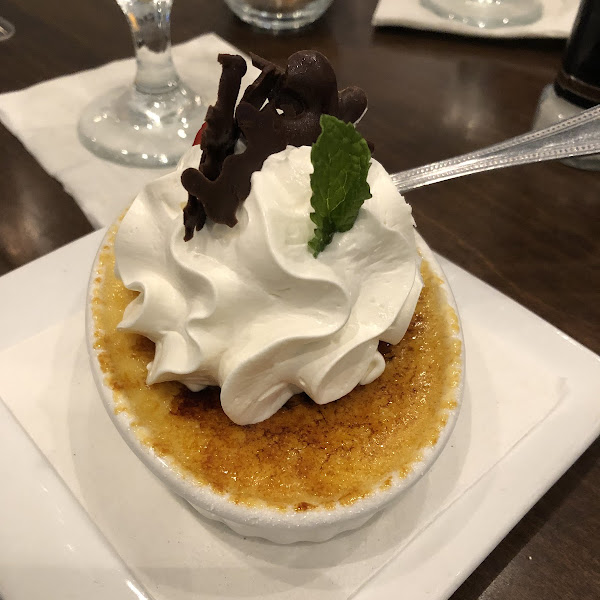 This was hands down my best and definitely my favorite restaurant experience in PCB. Not only was the atmosphere totally worth the price, but the wait staff is very friendly and knowledgeable about the gf menu.

Had the prime rib and it was amazing. The server was knowledgeable about Celiac and guided me as to what I should order. They do not have a separate fryer so steer clear of the fried items even though they are labeled gluten free.

The food was delicious! Had the prim rib on the Early bird special Menu. It was a good size 8oz with mashed potatoes and string bean cooked to perfection! Also ordered dessert, a Crème brûlée that was very good.

Had so many GF options all sauces were GF.. the waitress said the chef has celiac so understands gluten free very well!!

Best seafood ever! Had firecracker shrimp and grouper imperial and a glass of Gascon Malbec, no reactions.

Very delicious! I had the grouper imperial. However, the firecracker shrimp is made in a shared fryer but marked as gluten free as stated by our waitress. The food is delicious and I have never gotten sick! I’m very sensitive! This is a go to for us in PCB!

The staff was educated on celiac disease and ensured that the ingredients were gluten free. The filet mignon was wonderful.

There isn't a separate fryer, so if you are true Celiac, I would avoid anything fried!

My husband and I went for dinner while on vacation. They had a well labeled menu, a lot of gf options, and our server (Keith) was extremely kind and knowledgeable about my needs. Will definitely go again when in PCB!

Had some GF options. I had the vegetable plate with chicken. It had no flavor that blended well. The beans had a strong vinegar flavor that ruined the dish. The chicken seemed like one of those frozen chicken breasts in a bag. I ended up sick. The waiter was very kind but very disappointed in the meal for the price

I'm really torn on writing a review of this restaurant because they were so kind and understanding... However, I don't feel that it's completely safe for celiacs. I was diagnosed with celiac a year ago, after numerous serious complications of it going undiagnosed so long. I take cross-contact very seriously and do everything by the book so I haven't been accidentally glutened before. After the great reviews on here, we called ahead before they opened and confirmed that they would be able to accommodate us. We arrived early and spoke with the waiter, who went above and beyond by speaking with the chef about it. There were quite a few items on the menu marked as gluten-free, so I inhaled the delicious calamari and a martini, then ate a yummy salad as part of my meal. The other part of my meal was fried shrimp, which I confirmed was GF. When it arrived, the waiter told me it definitely was safe, and I told him how excited I was to eat it. Then I asked "not to be annoying, but it's a separate fryer and everything???" He paused and admitted that all the gluten-free food is cooked in the same fryer as the regular food. Which means my shrimp weren't safe, nor was the calamari I'd just eaten. His comment was "oh wow- you're really sensitive!" They were nice and took it off the bill, but I was still disheartened that a restaurant that goes so far out of the way to be gluten-free doesn't use separate fryers... I thought I'd be fine the next day, but I feel gross and finally understand what the big deal is. Overall, this place is great for those that are g-free by choice but the fried foods are NOT safe for celiacs.

We went during happy hour & I was able to get their spicy shrimp & calamari prepared GF. Good was good & server didn't look @ me crazy when I mentioned GF ;)

Great gluten free options. They carry gluten free breading, so you can get things like fried calamari that normally aren't a valuable at restaurants.

Drinks are great and reasonably priced. Food was very expensive and not wonderful. Not celiac friendly.

We waited over an hour to get a table and it was well worth the wait! The food was fantastic and the service was too. The menu is clearly marked with GF options and the staff is well educated. Our server went out of her way to go over how the food would be prepared to ensure it is not contaminated. Everything was delicious! The firecracker shrimp was out of this world.

One of my favorite restaurants! They have a dedicated gluten free menu that includes fried green tomatoes and fried shrimp prepared with a special gluten free batter. The gluten free food is so delicious that I find myself worrying that I did not get the right food. Be careful when ordering from the bar as my celiac mother was served a key lime drink topped with crushed graham crackers that were not gluten free.

Best food we've had in a restaurant since my husband found out he had celiac 5 years ago! Service was great!

Wow! What an amazing place! The manager, chef, and waitstaff are all extremely knowledgable about celiac disease and gluten free food prep, including issues with cross contamination. Menu is full of GF items, including many fried foods :-). Such a treat! And the white chocolate creme brûlée is delicious! Service was excellent and food was equally amazing. I don't come to PCB often but if/when I return, I will definitely be back here!

This place is amazing. Not only is the restaurant amazingly beautiful the food was heavenly. They had so many gluten free options I couldn't hardly make a decision. I will definitely it here again when we come back for our next vacation.

Love it here!! Half of the menu could be prepared gluten free. Could fry the fish gluten free which not a lot of places offer. A little more pricey but worth it.

Had a fantastic gluten free meal here, including an appetizer and dessert! Gluten free menu with many choices. Everything was delicious and the service was fantastic! No problems after eating there. Early bird specials also make it more affordable with more reasonable serving sizes. Loved it! My most delicious meal at the beach!

Delicious food. No dedicated gf menu, but most of the food was easy enough to figure out.

Has limited GF menu including fried calamari and fried shrimp. Chef will work with you on all another menu items.