I asked my waiter if they could make the fondue gf. He told us that it was cheese so probably not (?) Then he told us that he eats bread and that he’s fine so the whole gluten free thing is probably overblown. After that he told us that he didn’t know what gluten is. I tried to explain celiac disease to him but he wasn’t interested. For a restaurant that is charging +$4 on already overpriced food to make it gluten free, you would think that I wouldn’t get this attitude from my waiter. I haven’t gotten sick yet from my $18 crepe, but I’m mostly asymptotic. I wouldn’t suggest this to others with celiac disease.

Service is great, and server understood gluten concerns with some of my family. GFoptions were good. Bread for ham sandwich was light and tasty. GF egg crepe was great. 3 egg omelette was small - I doubt 3 eggs. Potatoes with omelette were very good. Coffee is not good. Watery and not much flavor.

Staff was extremely knowledgeable. Our daughter has celiac and really wanted the crepes but since they would just be cleaning the same pan they use for gluten, they suggested the panini with GF bread cooked on parchment paper or the cheese fondue with GF bread. Had the fondue. It was delicious. 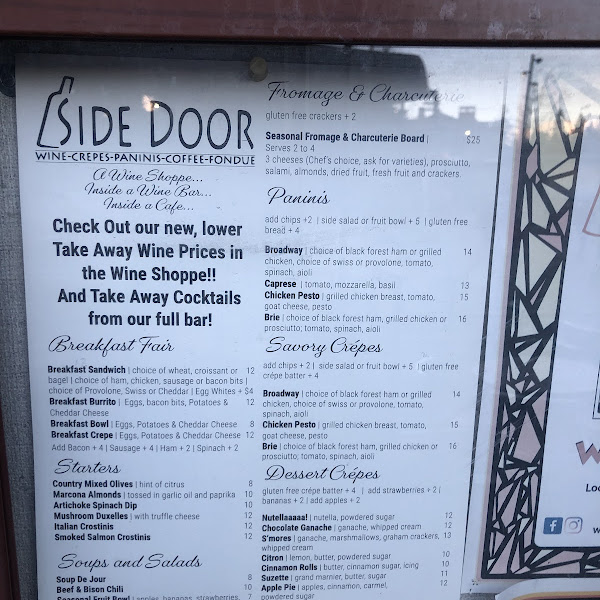 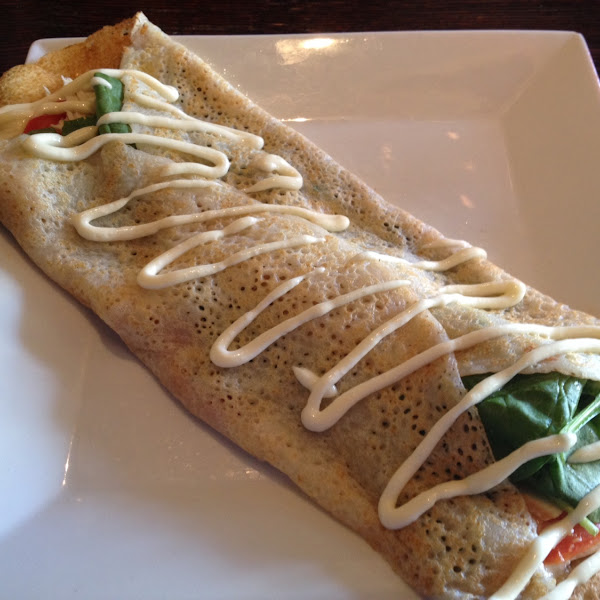 They don’t do anything to prevent contamination. Other reviews are WRONG! Not gluten free friendly...stay away if celiac!!!

absolutely amazing! had 1 savory crepe and 1 sweet, both were gf and so delicious! best breakfast we've had in mammoth by far! and no stomach issues! and they have a full bar. wine, champagne and crepes....yes please!

Eat here twice. They understand they need to clean the surface and change gloves before making the gf crepe. They also have gf bread, salads and more.

Was a tasty crepe I had. They had GF batter which was good. The turkey, Brie was savory with the aoli sauce. A bit pricey, add $4 for GF batter or bread. Total $17 for my lunch. The staff was nice and surrounding was great.

Had many items that were gluten free. I had a very good spinach and chicken salad and a New York Ham sandwich with gluten free bread that was excellent! Very friendly and helpful staff!