Ok.. there are mixed review on here so I'm going to set it straight. This place is a pub/bar. Done. They have a HUGE gluten free menu and dedicated fryer. I got the potato skins and they were very plain. I got the chicken tenders... they were AMAZING. My hubby got the chili and said it was hot/zippy. But he enjoyed it. If you want delicious gluten free chicken tenders, come here! I posted a picture as well. 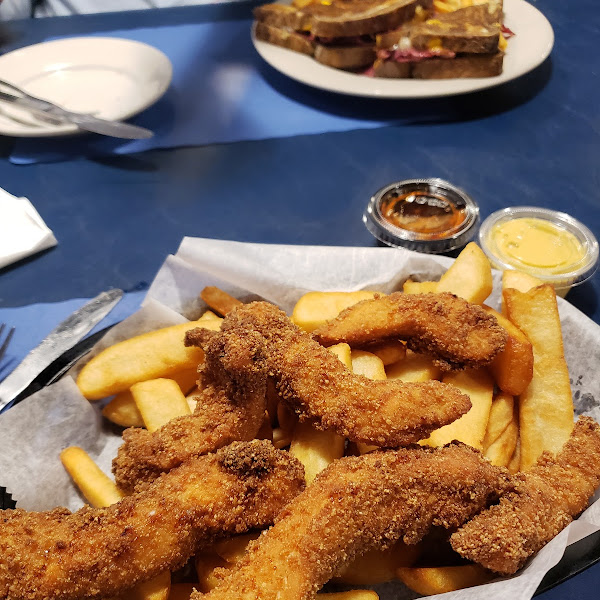 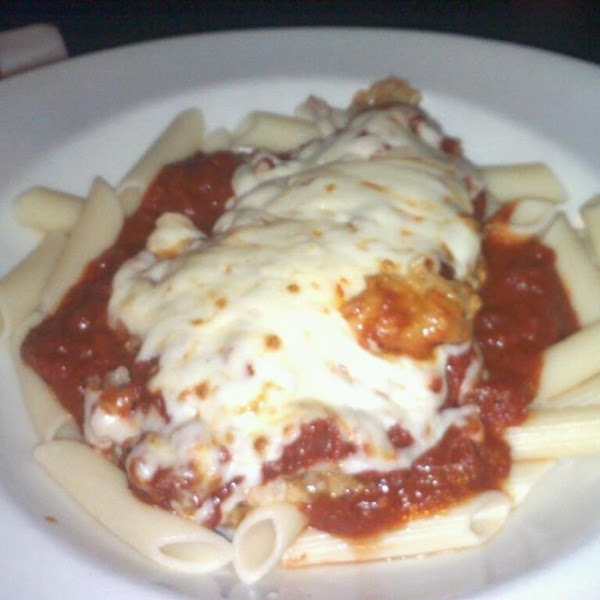 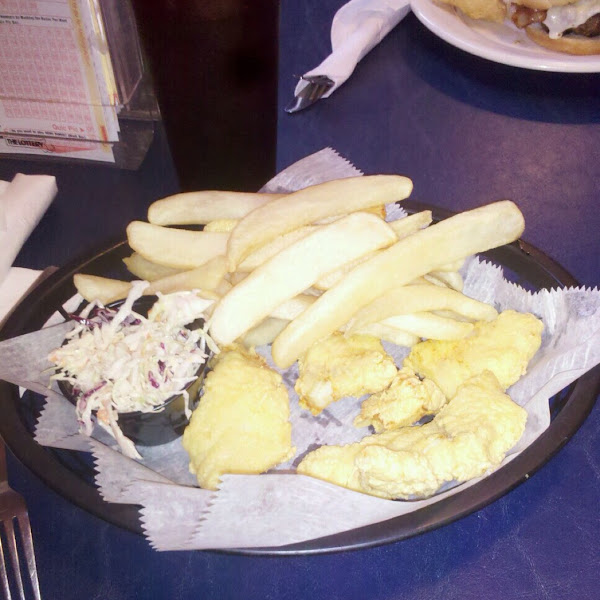 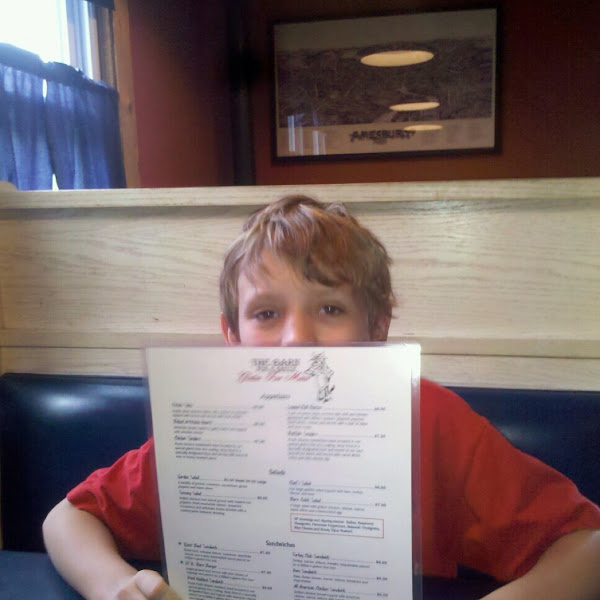 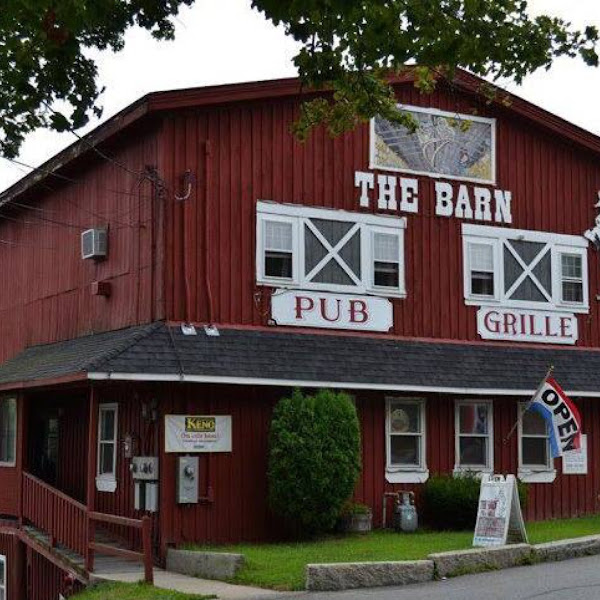 Chicken fingers are to die for!! Staff was super nice also! I’ll definitely be coming back

I went here based on so many 5 star reviews on this app but everyone of those people must have been drunk because this was one of the grossest places I've ever sat in and most of the food was inedible. BF said appetizer plate was decent but looked like frozen food out of a bag just re-fried. He got the roast beef dinner which was deli slices of roast beef re cooked on a griddle served in a nasty thick gravy over white bread - the roast beef was so rotten I could barely stand the smell and as soon as he put it in his mouth he spit it out. He is one of those guys who tries anything and usually eats it and couldn't even bare to keep this in his mouth, it was vile. I got the GF chicken finger basket because I figured anything fried was safer. The chicken looked and tasted like it was covered in beach sand, they were over cooked, and the sweet and sour sauce was so think and fake red it looked like some sort of slime. The fries were thick cut steak fries and were fine. Our waitress looked like a mom who had 5 jobs and hadn't slept in 10 years, she was nice enough but was running around frantically just dropping drinks and food on everyone's tables, and it wasn't even busy....on a Friday night at 630 which should have been our first clue. She was dressed in an old sweatshirt, jeans and sneakers, one of the cooks came out of the kitchen and looked like they hired him straight from prison, which would explain the food. The service was also so slow, we were there for 2+ hours from the time we walked in to walked out. There was one bathroom that I would have never used, I would have peed outside in the -20 degree weather first. This place is beyond a dive, I don't know how it has so many good reviews, easily the worst meal we've ever had. They did have a decent sized GF menu, stated a dedicated fryer and are aware of cross contamination but I am extremely doubtful of that and it doesn't matter if the food is that nasty.

I’m thankful for this app, and this restaurant! Pub food that was safe! I went in scared.. no reactions! Thrilled I have an option when I forget to pack a lunch!

Had the fried shrimp and steak fries. It was delicious and the shrimp tasted incredibly fresh. The lady who waited on us was super nice too. Highly recommend!

Stay Away! The barn is just what it is a Barn. Filthy, rude, unisex dirty bathroom, smells old stale cigs. Food is burnt and makes you have to run for the restroom. You are better to go the the ale house down the street.

Awesome! Go there every time we are in the area and have NEVER felt sick....other than eating too much😜

It had been over a year since I found a place like this with a dedicated fryer, so I actually got to eat French fries!! The menu is expansive and totally reasonably priced. I'm celiac and very much recommend, overall great experience!

must stop.. when was the last time you had fish n chips. family owned. personal experience with wheat allergys. best fried fish ever. cooked to perfection. stopped on my way home. 150 miles to go. I'll be back again again

I come here all the time! It is the one place where I never have to worry.... the food is great, always safe and the atmosphere is wonderful!

I've been here several times and love it. Good pub food, celiac safe. The owner's son has celiac disease. They're very careful and it's a large GF menu.

had an amazing take out ..I was on the fly had to get some dinner on the table ..I heard this place was celiac friendly..I was not disappointed! zits chicken palm and fish n chips best ever such a treat..my three y.o. son loved it. and we r now making it a point to skip home cooking once in while and try the entire menu!! A plus nom nom

Food was excellent! The staff was very knowledgeable. I had a chicken sandwich and fries. My entire family enjoyed their food.

The Barn is a hidden jewel for celiacs. Buffalo fingers. Brownie sundae. Chicken parm. The list goes on. The gf menu is two full pages of goodness.

I tried this place on a day trip to the area and was thrilled to have such a good and safe place to dine. I had fish and chips and it was very tasty and had no reaction whatsoever.

My go to place! Love all of the food there.

Very accommodating! Lobster roll was surprisingly good on a gf bun. The gf chicken tenders and fries were a big hit with the kids.

This has become our go-to place when we want food that we can trust! It's so nice to be able to have most anything from our pre celiac days! Our favorites are the buffalo tenders, chicken parm and fried fish.

Fried haddock sandwich was great (bun was not great, but typical). full menu of options!

Favorite place for gluten free comfort food! Huge gluten free menu and they are very good about no cross contamination. The best part is that they have a separate fryer and great batter. I love the veal parm!

Love this place! One of my favorites to get fried chicken tenders and fries :)

So happy to find a restaurant with a dedicated gluten free fryolator. Love being able to eat french fries finally at a restaurant. The fries and chicken fingers were great!

The owners son is Celiac, so he knows his gluten free !!! Menu is ridiculous! Food is amazing. Staff is terrific!

I love this place! Not only is the food delicious, but the staff are knowledgable and nice! Highly recommended!

Had the artichoke appetizer, buffalo chicken sandwich, and the brownie dessert and all were fantastic! I was lucky to find them on Find me GF app! Thank you!

FANTASTIC! Fish and Chips, Burgers, Chicken Tenders, and loads of sandwhiches. Literally could not be happier with them!

one of the biggest selections of gf food. They have gf beer, fish and chips, buns, etc. They keep a separate fryer going for all of the gf food so you can enjoy fries without worry. this was the best gf fish and chips I've had.

Excellent variety on the GF menu including buns for burgers and sandwiches, dessert & beer. No cross-contamination.