Had read something other say stating that all fries at Cedar Point are cooked in a dedicated fryer because of allergies. Well that doesn't seem to be the case for Melt. They do not have a dedicated fryer. I was going to get a sandwich and fork over the extra $2 for GF bread for a sandwich that was already $16 but then was told I could not have fries or the kettle chips. If I wanted to sub a house salad that was an additional $4! $18 for just a sandwich is ridiculous so I decided to just go with the chicken salad grilled with no croutons. They do not have a gluten free menu just items marked that could be made gluten free with alterations.

We ate at Melt because it was pretty much the only gf option in the park. I ordered a grilled cheese mushroom melt on udi’s bread, with an upgraded side to the tomato soup because my waiter informed me of the fries weren’t safe. A few reviews on here mentioned a dedicated fryer, but it doesn’t sound like that’s the case— at least not anymore.

I had brought my Nima with me, and I wasn’t feeling too optimistic about the results. The soup came back gf, but the sandwich had gluten found. That being said, the manager came out and apologized profusely. He stated that they prepared the sandwich in a separate area with separate grilling, etc. As we talked through it, it sounded like despite changing gloves, there may have been cc from grabbing pieces of cheese, spinach or mushrooms from their bins. He asked if he could try remaking it for me, which he did himself, using fresh bins of spinach, cheese and mushrooms. When we Nima tested it, it came back gf. The manager was very apologetic and comped my sandwich for the wait, which I don’t feel like he needed to do. I still ate the gf sandwich, which they made twice. But he said he felt badly that I couldn’t eat with my family because of the delay. So I gave this restaurant a higher rating despite gluten being found in the first sandwich, because they seemed very interested in learning from it and making sure patrons with celiac can eat safely there. I would recommend if you are eating there without a Nima to validate the safety, just make sure you ask that your ingredients for the sandwich, salad, whatever, are pulled from fresh bins. I feel like I have that conversation with restaurants whether I have my Nima or not, but it’s worth reiterating. And if you’re still weary, but starving, the tomato soup was definitely safe! 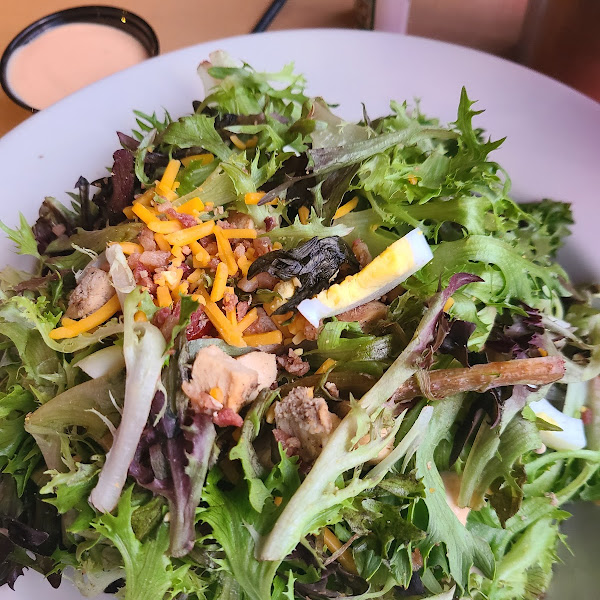 I asked the manager. She explained that they do not have a dedicated fryer, so fries can be cooked with anything. Also, even though they have GF sandwiches the back kitchen has flour mixed around so they couldn’t say there won’t be cross contamination. She directed me to the local TGIF for less contamination.

This restaurant does NOT have a GF menu. All they had was GF bread and a dedicated frier for French fries. Since our server didn't know anything about GF options I asked her if she could send over someone who could help. The server returned with a binder that listed all allergen ingredients in the entire menu. I ordered a burger with GF bread and fries. It's better than nothing but Joe Cool Cafe had better options. It's unfortunate that there are less GF options at Cedar Point than there were 3 years ago when we last visited.

This is inside Cedar Point. Replaces Joe Cool Cafe. Checked with the manager and they have a GF dedicated dryer and a GF dedicated kitchen space. Most things on the menu are available gluten free. Staff very helpful in confirming everything for us.

This place has a “Gluten-Free” menu. My girlfriend has celiac disease. We at off the GF menu. Within 10 minutes she was having major issues. It has been 2 weeks since we are there and it’s still effecting her. Either the food was not GF or there was a major cross contamination problem.

Great place! Staff are knowledgeable about GF and cross contamination. My daughter got grilled cheese on GF bread. There’s lots of options for customizing. Fryer is shared so no fries or chips.

Waitress was knowledgeable and warned me that the fryer is not dedicated gf so I did not order fried foods. She answered questions about whether my other allergens were present in food. Food was high quality. I did not have a reaction. Unfortunately on the delivery apps I have tried they do not offer an option to select gluten free bread or dairy free cheese, they only seem to offer that in store/takeout.

My only complaint is the price but otherwise it’s pretty good. They make it very clear which items are gluten free or vegan. You can modify some items on the regular menu for additional options. My wait staff has always taken my allergies seriously and I’ve had no bad experiences so far.

They gave me fries from the same fryer when I asked for coleslaw instead of fries like I originally asked for I was essentially called stupid. Horrific management.