The menu had nice options, and the tator tots were delicious. However, after my meal it was revealed that they do not use dedicated fryers as I had thought. I became sick after eating here and would not recommend it for celiacs. 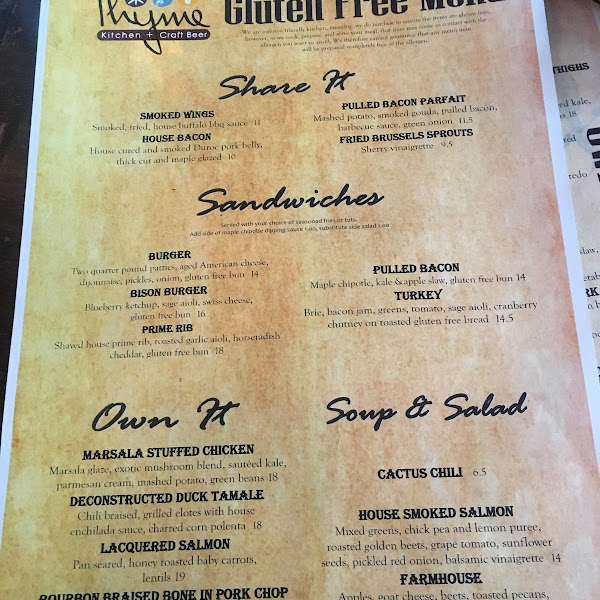 Great food and has a separate GF menu