Most items can be made gluten-free and are marked on menu as such. Waiter knowledgeable of celiacs.

Ate at Miguel’s with my 10 year old Celiac son. The waiter was very familiar with Celiac Disease and said the kitchen takes every precaution against cross contamination. I knew chips were not GF so we brought our own. Waiter brought two salsas to the table, without being asked, so my son could have his own. He ordered fajitas, which were excellent btw. We were told they could not guarantee safety of Mexican rice but will sub with white rice. They also brought special warmed gf corn tortillas. Flavors were delicious, my son loved. We will be back!

Very good! I have no complaints, plus great service! 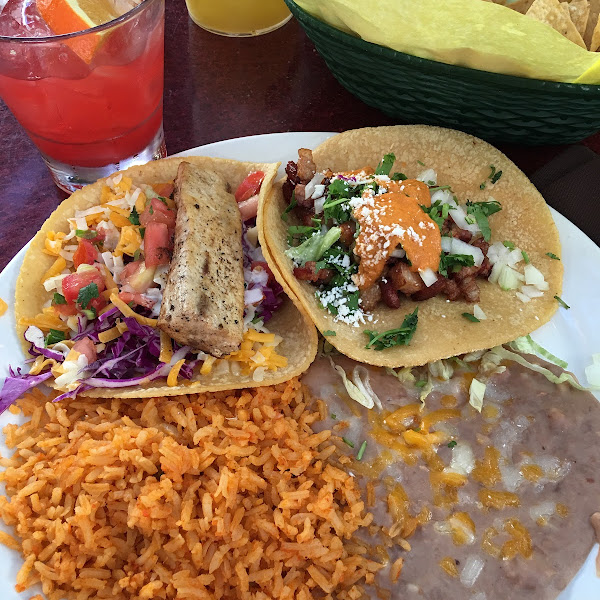 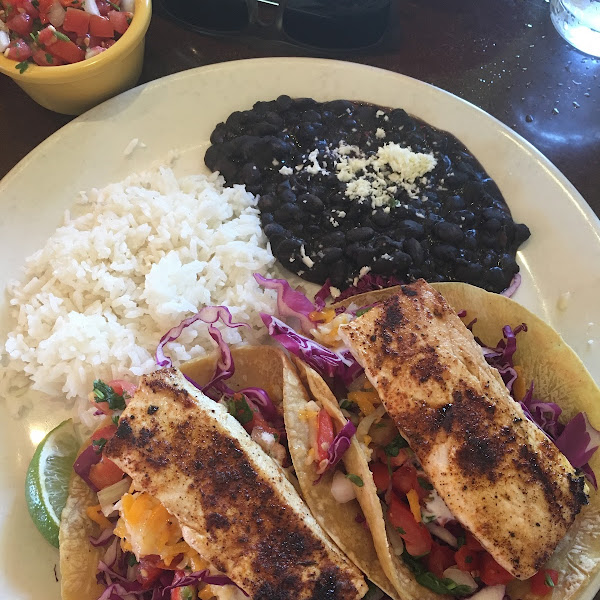 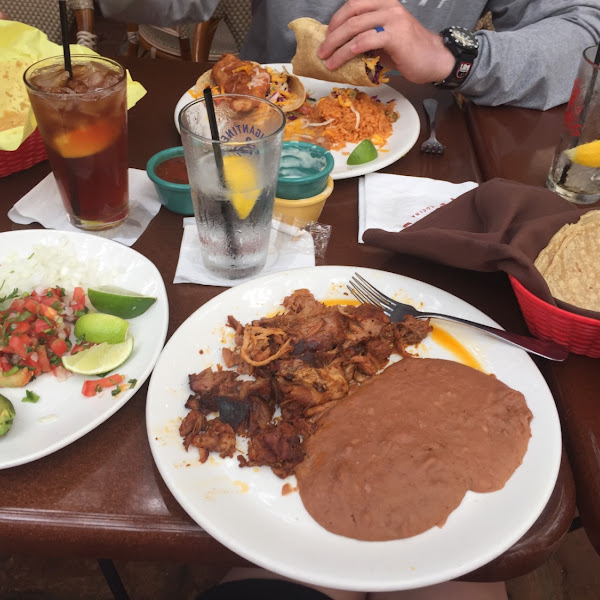 Atmosphere was quaint, food was pretty good. Chips are not fried in a dedicated fryer. Meal I ordered was marked gluten free on the menu but waiter still brought flour tortillas even after I asked a number of gluten related questions. Service was very impersonal. Old town location much better!

Personnel was a bit confused... they clearly stated what was safe for Celiacs and what not, then brought about dishes and sauces that were just like the regular ones. They changed them upon request and we didn't feel sick afterwards, but it took ages to have lunch and, on top of that, it wasn' t even that tasty. All in all, we didn't feel completely safe

Our server was very knowledgeable about what on the menu was gluten-free and safe for those with Celiac disease (tortilla chips and white cheese sauce are unfortunately not Celiac-safe). I had the swordfish tacos with black beans and white rice and they were delicious! Will definitely be back here the next time we’re in Coronado. :)

Excellent service and suuuper fresh food! My server was honest about cross contamination with the tortilla chips, and very accommodating. They have a separate gf menu. I got the veggie enchiladas with extra veggies instead of the rice (contained gluten). So so good.

Our server was very knowledgeable. The swordfish tacos are amazing!

Good for gluten free and possibly only an allergy or two. Not for both. As daughter has celiac and multiple food allergies (all nuts, egg, soy protein), we tend to seek out Mexican restaurants as a go to since many items are naturally gluten free. Learned about this restaurant from Find Me Gluten free and allergy eats. Decided to try it ourselves. Asked to speak with manager immediately upon seating. Gentleman immediately came to table to discuss options. As expected, tortilla chips made in shared fryer, so resorted to Tostitos scoops I had brought with me. Asked about getting steak, beef, pork or chicken with cheese on the side to allow her to "make her own" tacos. Thought we were good with steak but a few minutes later, he returned to inform us the beef and steak were purchased marinated in a sauce that contained soy sauce (protein). Daughter was disappointed but I was appreciative that they were so diligent in keeping us informed / protected. She was fine ultimately with her meal. The other four members of our party were pleased with our dinners and drinks as well. Would recommend if you are maybe not as restricted by diet---maybe if just gluten free or a couple food allergies. Do not believe they have any peanuts and not many tree nuts. Review menu and call ahead. Very nice to work with them and they definitely try to accommodate and please the customer.

Delish!! I had carnitas that were gluten free and dairy free. Very fresh and great service. My kids and husband enjoyed their food too! Side note- chips and cheese sauce are not gluten free

Delicious food with plenty of options except not the chips and cheese sauce. The chips are corn but not in a dedicated fryer. I'd say celiac friendly because they were extremely conscientious! I had two people (the hostess and the waiter) ask me about my allergy vs. dietary choice. Ignore the naysayers below.

So sad a chain only a few streets away from each other could be so different. No dedicated fryer so no chips, no rice either has chicken broth in it. But waiter was very knowledgable so still had a good safe meal.

Pretty good, but devastated that I couldn't eat the chips. They have a shared fryer. They have a 'wheat free' menu, but not gluten free menu. Not celiac friendly, in my opinion. Server was not knowledgable.

I've been to Miguel's before I knew I was ceiac, but when I returned (after a few years), I found that this restaurant was awful if you're looking for gluten free options. The only reason I've come in the past is the cheese sauce, which happens to have gluten in it. I found that anything I would have ordered, including the things that you would expect to be gluten free aren't an option. A lot of the sauces include flour. The service was also terrible, while they kept a healthy supply of chips on the table, the waiter totally skipped over me and I wasn't able to order a drink in my group of nine the first time around, and I chose not to eat because I was so disappointed with the service and lack of options, since I could really only eat black beans and chips due to my other allergies. I've never had trouble at any other Mexican restaurant, and I'm very disappointed.

We visited the location on Shelter Island Ave. The food was great! We were given a GF menu right away. The corn chips are fried in their own fryer so those are safe. We guessed that the white sauce was not GF and later, we found that the menu said so. My son enjoyed the pork carnitas tacos with black beans. I really appreciated their menu. Many places simply have a few options whereas here, there are appetizers and entrees. I didn't ask but I am assuming that the rice is probably not GF as it wasn't on the GF menu. Great place overall!

Horrible! Asked specifically for GF menu. Waiter came with chips/salsa & a cheese dip. I asked what was in the cheese dip & I was told just cheese. As we looked at the GF menu we munched on chips & cheese dip. Waiter came by & told us the dip wasn't GF. He walked away & came right back to tell us the chips were not GF either. Ugh! We finally settled on GF chicken tacos. What a mistake. Chicken was not marinated or flavored in any way and was beyond bland. The corn tortillas also fell apart. I do not recommend this place if you are GF.

I'm gluten intolerant, not celiac, and they do have a wide variety of options! Make sure to ask for the gluten free menu, though.

Most items on the menu are gluten free or can be modified to be gluten free. Several can be made vegetarian as well.

The tortilla chips and hard shells are not gluten free as the frier is shared. The flavored rice is not gluten free, but they can substitute white rice.

The bartender put my food in as wheat allergy, but the woman that brought my food out asked if I was celiac. She informed me that the rice was not safe for me and that the hard shells were not either due to a shared fryer and had a new order made (the bartender was informed on the shared fryer for the tortilla chips. He was brought out back and educated on his mistake and how to properly input celiac into the ordering system).

The Ahi tacos were very good. I am rather sensitive to cross contamination and did well here (thanks to the woman that brought my food out). I have also only eaten here once.

i informed the waiter that i have celiac and they proceeded to bring chips and queso as the free appetizer, most of which i ate, then later found out if had gluten in it. i also ordered chips and guacamole off the menu because it was labeled gluten free (and always is) and it came out with flour chips which i didn’t realize until i took a bite. when i confronted the manager about it, she denied all blame and refused to apologize or acknowledge that she messed up.

Enchiladas suizas failed a Nima test. The staff was very concerned and said they would look into the kitchen to find the cause.

We have been in town 4 days and have had 3 meals at Miguel’s. They have a knowledgeable and friendly staff. Definitely willing to help you with suggestions. Highly recommend! Thank you for being here for us!

I asked repeatedly if they had gluten-free tortilla chips. I asked pointedly if they had a dedicated fryer for their chips & they repeated multiple times that they did. But I was still contaminated last night. Feeling really sick last night & sick today. I haven’t felt like this in a couple months. I’m very disappointed