Reported to be dedicated gluten-free

The food was phenomenal! We asked for a cinnamon roll, and they accidentally rung us up for a cinnamon bagel. When we went back it they refunded us, and were all out of rolls so they gave us a scone, and it was sooo good. So light and fluffy, and wonderful flavor. The cookie and egg sandwich were also amazing. Highly recommend!

Here’s a question: Is there such a thing as donut gods? Because I think New Cascadia Traditional is it! I haven’t had a donut in over 4 years and I just about cried! These are the BEST dedicated gluten free donuts anyone could ever have! Due to COVID The staff was sanitizing the door when I arrived to pick up my order, everyone had a mask on, and was so friendly I felt like family walking in! I savor every bite!

Updated 6 months ago read full review
Reported to be dedicated gluten-free and celiac friendly. However, menus and staff change frequently, so please verify before visiting! 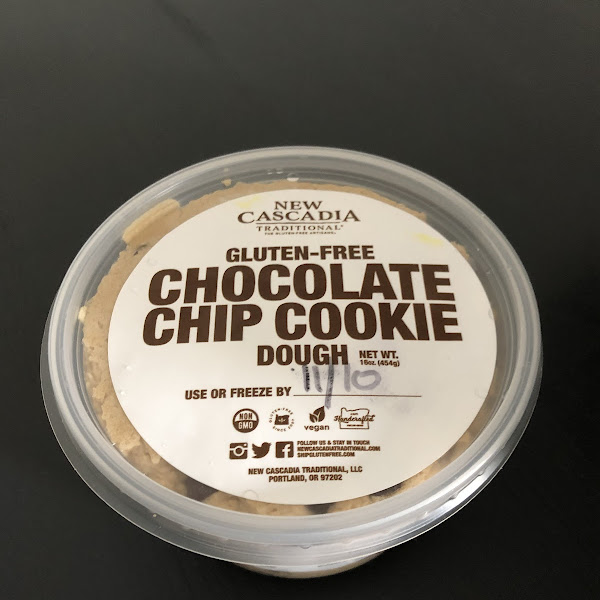 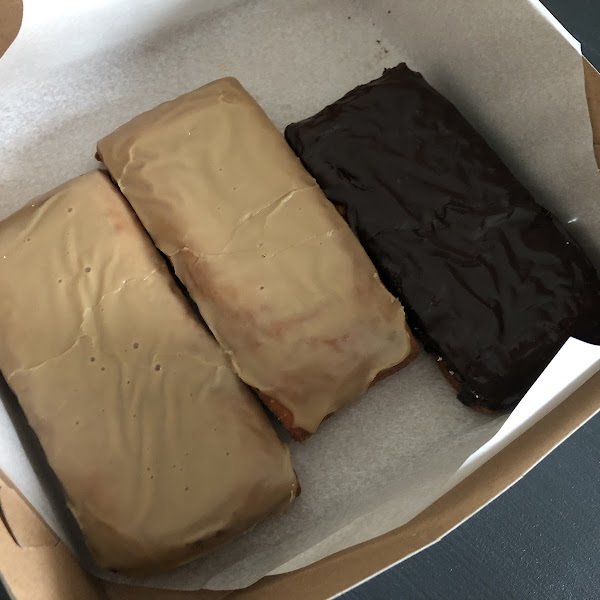 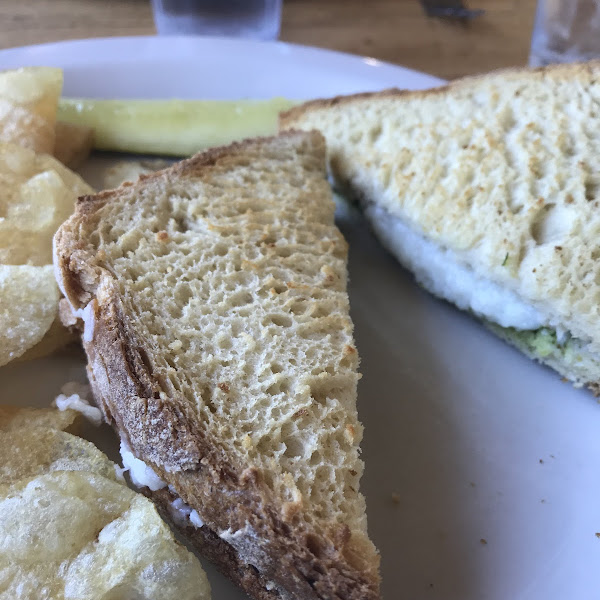 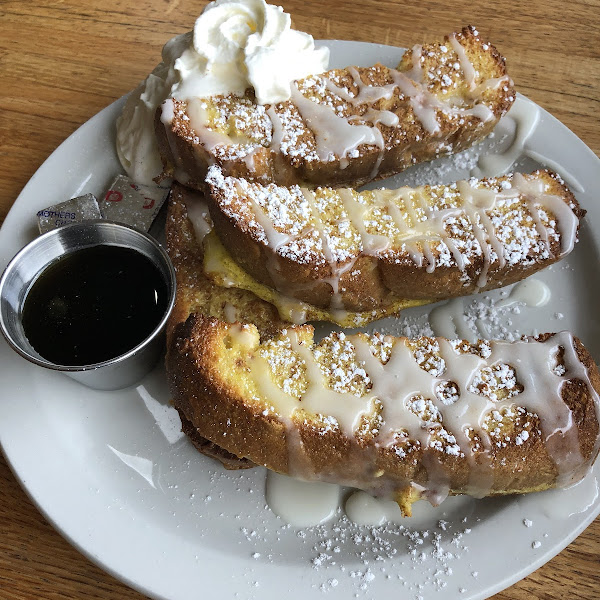 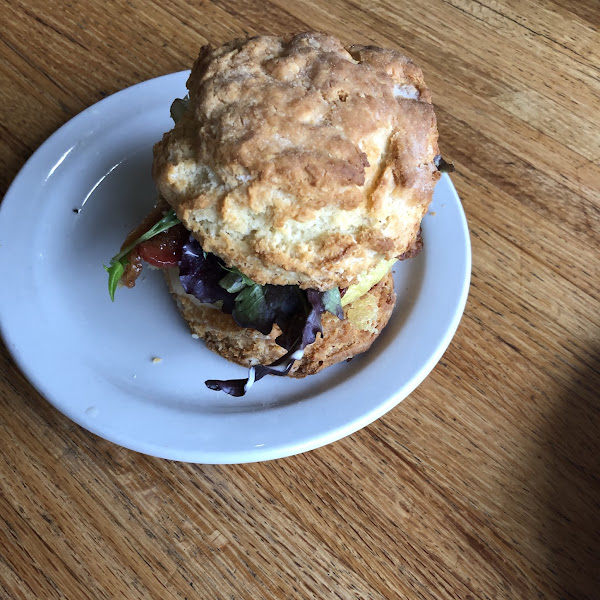 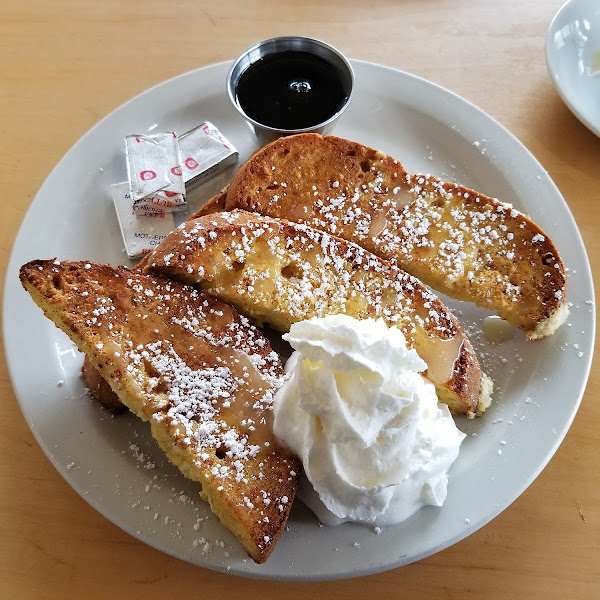 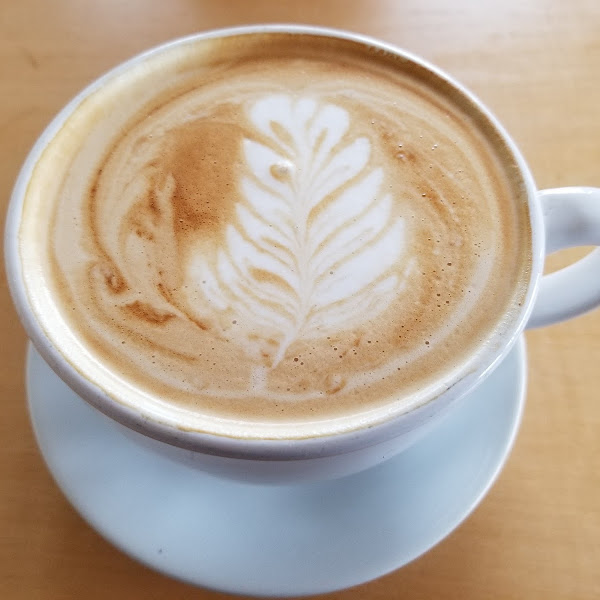 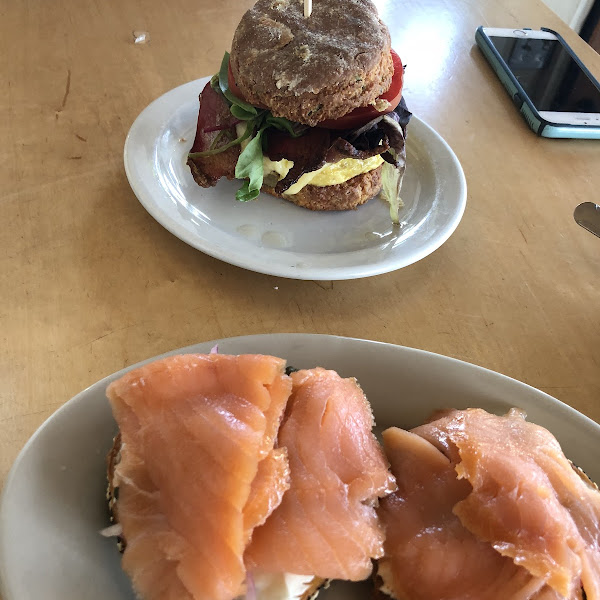 Wow. CANNOT SAY ENOUGH GOOD THINGS. I am so over mediocre baked cake GF donuts. These were incredible, fried, no overly sweet, better than a regular donut and I mean it. My bread-fiend partner loves them as much as I do. Fluffy and bread-y. The brioche cinnamon roll was equally as amazing. Gf or not, I’ve never found a cinnamon roll that rivals my mothers, and this one takes a tight second. Speaking of which I have no idea how they make the bread so beautifully. All of the loaves look like genuine, regular, artisan crafted bread. Never did I ever think I would see GF Challah or brioche. The sandwhich bread is amazing and essentially the same price you would pay for a lack luster frozen loaf at a grocery store.

The breads and donuts are incredible!!

Lives up the the reputation, super Portland-y.

I only order their bread and pastries pick-up because there are too many other allergens in the restaurant food, including yeast additives. I loooooove their Farmhouse bread. Only GF bread I can get with no yeast.

Personally I hated it. Loud, crowded even in New space, nothing I want to buy or like (have dairy allergy, but the non-dairy look boring). Yes their products are unique. I don't like sour bread.

Outstanding! I had the bagel with egg sandwich and by far, the best GF bagel I have ever eaten. What a treat! Cute restaurant with friendly staff. Most importantly, 100% GF!

Best gluten free pizza I have had in a long time😭❤ I love the new location! Super pretty! And the peanut butter pies are to die for!!

Ugh I mean I guess. It's all gluten free but everything's crazy expensive and really small. $7 for 4 day old bagels. $4 for a tiny cinnamon roll or piece of coffee cake. $9 for a small bagels with cream cheese and two pieces of locks on each. It's good but I'm still hungry.

One of the better gluten free bakeries we’ve been to in the world!

Bread! Biscuits! Cookies! They have the best bread and their salted chocolate chunk cookies make my day every time

Very solid breakfast, coffee and wide selection of baked goods. I love the quiche, cheese breads. French toast was a bit thick and cake like but nice to have. Still working on trying the rest of the stuff!

Service is always fast and friendly. They can get very full on weekends, but will be moving to Division St soon - check back.

It was so nice to look at the menu and not have to figure out what I could and could not eat. Everything we had was delicious, even my non gf partner enjoyed her food, and we took bread home to enjoy later. Definitely coming back!

No worries for celiacs here. Their bread making is probably the best in Portland. Millet is used in a lot of their breads, which is okay but sometimes I get tired of the taste of millet so I choose a baguette or their Italian loaf. For a smaller household the slices can be frozen separately in bags of two to avoid stale bread. I try to avoid the bagels (usually I get them anyway) because they are SO GOOD. If Only I could be content with half a bagel, but I have little restraint. These are like the New York bagels I remember as a kid, chewy with a little sourdough bite rather than the typical huge, plain “doughy” bagel. Also their pizzas are exceptional. They make a lot of cupcakes and cookies too, and really exceptional pies, which you can order whole for the holidays.

You can pick up New Cascadia bread at New Seasons, at least the ones I have been to (definitely both Hawthorne stores and Woodstock).

A lot of great options. Picked up several things: cookies, scone, cinnamon roll, pizza. It was all tasty. I'm not vegan but the vegan chocolate chip cookies are better than the regular ones. They have loaves of bread and buns, which I've had in other restaurants. It's all good.

Really good bakery and coffee!!! My boyfriend isn't gluten free and he said the bagel he had was maybe one of the best he's ever had. I got their blueberry muffin and it was delicious!! Highly recommend!!

Cinnamon coffee cake and egg sandwich on a biscuit was freakin amazing. Delish and all gf.

Delish! The grilled cheese with sunflower pesto was awesome! Celiac hubs was excited to bring rolls and a rustic bread back to the hotel to snack on!

The bread and pizza was amazing, we’re now considering moving to the area.

100% gf place. Great place for a quick breakfast or lunch. Bagels are delicious!

Wow, this place is fantastic! I had the biscuit breakfast sandwich and brought home two cinnamon rolls. The staff is really friendly. I can’t wait to go back to Portland so I can visit New Cascadia again!

a restaurant where I can eat everything?? are you kidding?! a blessing. GF and vegan options. The sunflower seed pesto grilled cheeze floored me. Wish they had tomato soup to go with it but tbh i was still in heaven!

Delicious gluten free pizza! The crust was bubbly and crisp. Great baked goods and we did not get sick. Love that they are dedicated gluten free.

Best gluten free bagel I have had!! So wish we had more of these places on the East Coast or NEPA.

What we ate was delicious. My daughter doesn’t have Celiac disease, but is allergic to wheat, peanuts, & tree nuts. All of the food in the case has the common allergens listed on little cards. It made choosing items easier and very efficient. The muffins were delicious, so were the Everything bagels.

Dedicated Facility- BEST bread loaves I’ve had since dx. Sandwiches and brunch in the cafe are lovely. Pastries and loaves from the case and rack equally delightful. Ingredients are available to read for allergens and the food quality is top knotch. Also good coffee and teas, and friendly staff. It does get busy but it’s worth it, and they just started shipping bread online!

Best GF baked goods out there. Since my celiac diagnosis, I've been craving a great bagel and finally got it here. They also have raw pizza dough and different breads for purchase. They can also ship products nationwide. A must visit while in Portland.

Love love love this place!! Dedicated GF bakery - our favorite go-to in Portland! Confections aren’t too sweet, and they have amazing breakfast sandwiches, pizza, lunches, and pies. We love the biscuit breakfast sandwich. They also have plenty of vegan options. Go here!

Amazing buttermilk biscuits! One of the only places to get gf baguettes in town.

BEST gluten free pizza I've ever had, hands-down. I remember what the real thing tastes like, and this is pretty spot-on. The rustic baguette was also the most realistic I've ever had, and their sandwich/pastry options are good as well. They were quick and accommodating with our multi-person order during peak lunch hours.

Absolutely delicious, and a dream for anyone with Celiac. I got a breakfast sandwich on an everything bagel (something I haven’t had since being diagnosed), and a pear cardamom scone. I also stocked up on pastries for my weekend in Portland. Prices are very reasonable. I can’t wait to come back next time I visit Portland!

Wonderful place for gf! I had the everything bagel and lox. The bagel had a sourdough taste and texture, which I loved. Everyone was super helpful and nice. Would totally go back :)

This is the bakery I used for my cake for our wedding! I could not have been happier with the quality, the taste, and the way they listened to all my requests. Aside from amazing cakes, they have so many other great meal options and products to take home! It’s so refreshing to have places where you know you won’t get sick enjoying the yummy food!

Went here the other day for Sunday brunch. On Sunday’s they have French toast. And it’s super good. Also you don’t have to pay for parking which I love.

Fantastic pizza, fantastic breakfast sandwiches. This is the place. Ate here several times during my week in Portland. Wish I lived here

One of the best gf restaurant I have been to. Bagels and cheese biscuits.

I give treats from here to my friends and don’t tell them it is GF and they have no idea. Must try

Ah-mazing. Must try bagels. Like no other gf bagel I’ve ever had

Ok YUMMIEST PLACE EVER!! I am super allergic and it’s so nice to go somewhere where you can eat everything. The cupcakes were divine and I had some pizza, also soooo good. If you want something that’s safe and delicious, go here

Great crispy and flaky pizza crust. Yummy cupcakes vegan and regular! Scone was great too. Preorder a full pizza 1hr prior for lunch. Arrive and it was ready and added desserts and drinks! Perfect lunch for our family!