Best gluten free bun I’ve tried so far. Burger was great but no separate drier for fries so could only have the salad.

I ate here in August 2019 and got extremely glutened/sick 25 mins after eating. I’m not sure if they gave me a regular bun instead of a GF bun by mistake or what the deal was, but now i will never go back. Sucks cause it all tasted really good

This place used to be great, even offering a gf poutine that was excellent! However, the last couple of times I was there I had less than stellar experiences. The first time they mixed up my GF order with another customers order and served it to me. It was only caught bc the toppings on the burger were wrong and I brought it back (after taking a bite!) and questioned it. Thank heavens the other order was also a GF order or I'd have been sick for sure!!! The next time I was there the GF menu had dropped the poutine and the staff just did not seem very knowledgeable when I spoke to them about their menu or their processes to avoid cross contamination. In fact they didn't even seem to remember that poutine used to be on the GF menu, (which I found odd). I did decide to take the chance and ordered the GF burger, it was tasty as usual and I did not end up sick, but I will probably not go back as the GF poutine was the main draw for me and I just didn't feel comfortable with the cooks apparent lack of GFknowledge that day.

Love this place. They put gloves while doing your burger how knowledgeable !!

I ate here with my husband last summer. The staff did change gloves for me so if you are concerned, ask. We were there early in the day and I didn’t experience any symptoms with the chicken burger and fries.

Both Maple locations confirmed that they serve gluten free bread and patty but all cooked on the same grill. No separate toaster or grill for gluten free. Staff is not educated in celiac. One of the locations actually said their fries are gluten free. I was very sick after I ate there.

Got a small reaction, I wouldn’t call this the safest celiac place to eat there’s lot of room for cross contamination, they make the burgers with the same gloves and area as the rest of the burgers. If you’re not overly sensitive I would recommend, but I wouldn’t go back given my high sensitivity to gluten.

There is a Gluten Free menu that lists the many options for gluten free. Their fries are made in a dedicated fryer. You can get your burger on a gf bun or in a lettuce wrap.

Fries were good but not sensitive fryer

Never been disappointed and I have been here a handful of times over the last year. Never any issues. The person taking my order always asks if GF is “a preference or allergy”. I always say allergy and my meal is prepared and labelled accordingly. Never been sick.

My daughter is Celiac ate there a month or so ago and was glutened. She was ill for a week and lost a weeks wages. Used to be no problem eating there and over the last few months things have changed!

Went here for my 10 yr old w/ Celiac. Tested the fries on our Nima just to show her they were safe and they were! They were also good about separating her fries from the other food!

There's a new owner. I asked him a few questions and he did not know much about celiac or cross contamination.

Dedicated fryer and GF buns. It was very good

very helpful in explaining GF options. it's not advertised but the fries are gf and the fryer is dedicated.

It was so great to find a well priced, low maintenance place to grab a tasty burger with my kids! I’m the one that is celiac and had no reaction. My kids loved it too! Win-win we will be back.

This burger was so good that I thought I had been given a normal burger but I hadn’t. Best bun I’ve tasted. I hadn’t realised that it was more of a takeaway place than a restaurant but this didn’t affect the amazing tasty burger and chips

We went to that location because of the good reviews.... But were desapointed....the person who took the order was very nice but either the order was not taken properly... Or done properly in the kitchen... We both have been very sick. One place we won't go back for sure!

The gluten-free bun is pretty tasty as far as gluten-free goes. Second best I've ever tasted.

All of it was great!! Burger, fries, service!

Every time we go here staff reassures me about their safety measures to keep cross contamination risk low. Their food is excellent. Nice gf buns for the burgers and they even have delicious gf poutine!!

A fantastic gluten free bun for a delicious burger. A little disappointing that there isn’t a dedicated fryer. Definitely cross contamination happening with fries and tempura.

They have GF options posted beside the cash. They use O'Doughs buns - very tasty! My burger also came out in a different wrapper from the the rest.

The only downside is, while the fries are done in their own fryer, things sometimes falls in leading to contamination. They were upfront about it, which I appreciated.

Good about celiac, separate menu, everything was great. Just very oily, which I should have expected I suppose. Very delicious though!

I had the egg bacon burger with a GF bun and it was excellent. Really fresh taste and the bun was one of the best I have ever had.

Stopped here on a July Sunday at 1:00pm. Not only was the kitchen very backed up, but also there was no way they could have prepared our gf meal safely. Maybe on a weekday.

Gluten free buns and a whole gluten free menu detailing which burgers and toppings are safe. Good food too!

Burgers are good and bun was tasty - but fries are mushy.

I stop here a lot when I travel on the counter is a list of gluten free options. Just let them know they need to change gloves and also ask about the fryers. I have been here and they had a dedicate fryer but there has been times they didn't. Burgers are good fries I find are soggy but I just stay with the burgers. There is also a pita pit and pizza place in this location that has gluten free options

A separate Gluten Free menu provided with GF condiments available and a GF bun! Also if you tell them about other food allergies they might be knowledgable or they might ask the cook. The fries aren't GF. The Special GF bun- once you get your order you should eat it right away or else it will get soggy and messy. I always ask them to extra toast my bun. I'd rather have my bun crispy and slightly 'burnt' than soggy.

Separate toaster and fryer for GF!!!

The fries are cross contaminated but the staff are well trained, and change their gloves before preparing your GF burger separately. They even have a separate toaster for buns! They have a clear GF menu that is prominently featured at most locations. I was impressed to find a GF veggie burger too!

Haven't tried it yet, but they have a GF menu and seemed knowledgable

When you walk up to the counter, there is a sign letting you know exactly what you can order. The staff is knowledgable and considerate of cross contamination. I was visiting from the States and had never tried poutine before. They made sure the gravy was in fact, wheat free, and warned me of cross contamination in the fryer.

They are one of the BEST burgers in Markham

As a celiac sufferer I was very excited to try this but unfortunately I was very disappointed. Significantly overpriced for burgers that aren't even good. I could make better burgers at home. Save your money or go to 5 guys for a good burger. Staff were friendly 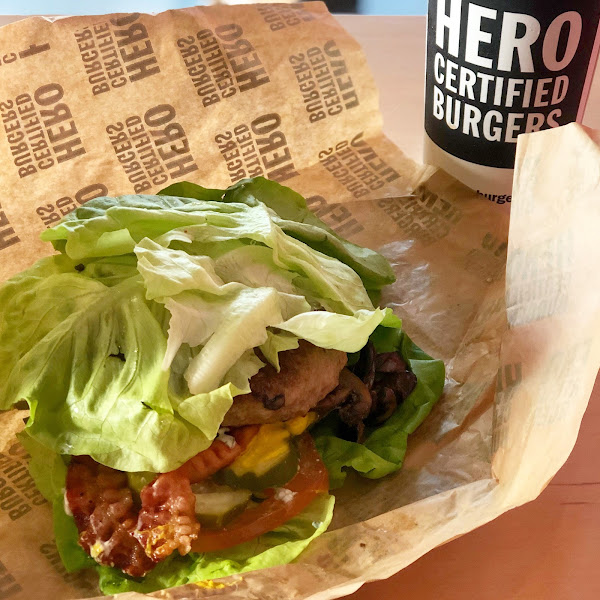 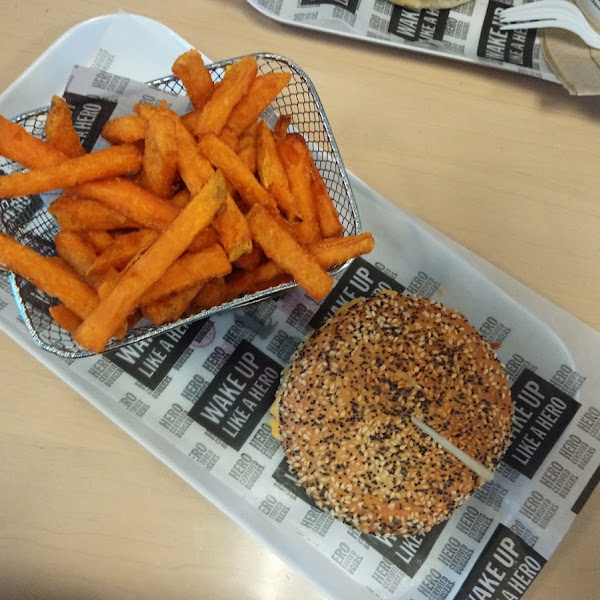 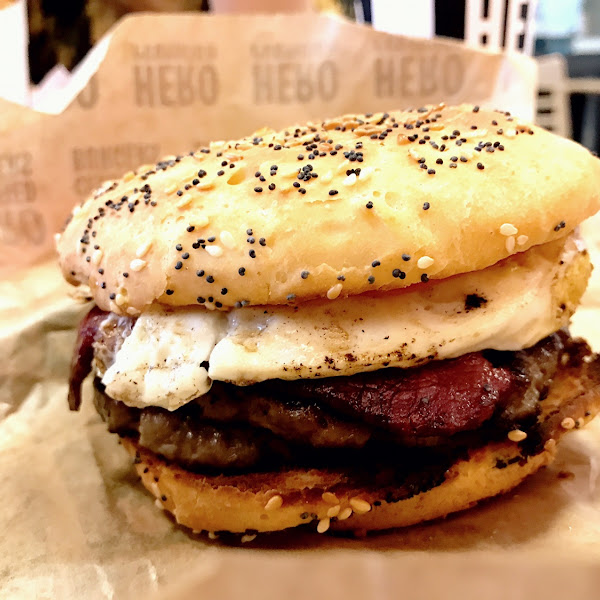