Very careful with my order. Salmon was very good! GF bread was awesome

Ordered a gluten free chicken parm. Cut up chicken and almost took a bit before I realized Noodles were yellow. Having eaten here before and knowing GF noodles here are green I asked for manager to confirm this was GF? He said it was not. They brought the wrong dish entirely. Someone who would not have known this would have gotten very ill. Will not eat here again.

Food was wonderful. Had the GF bread, and chicken parmesan and son had pasta and meatballs. Loved it’ 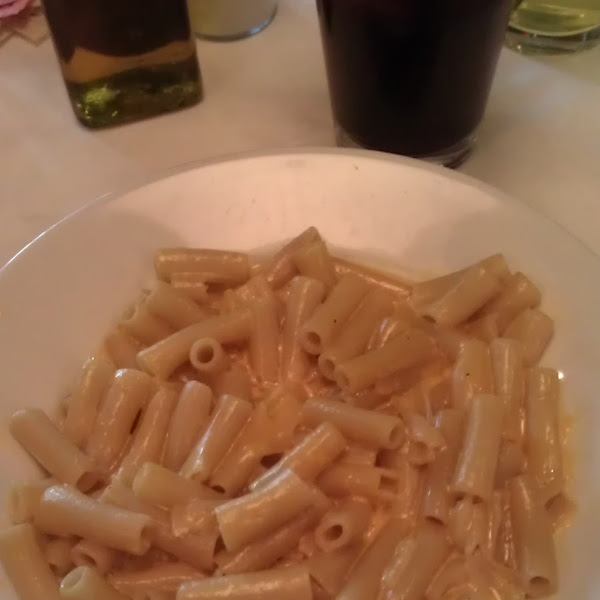 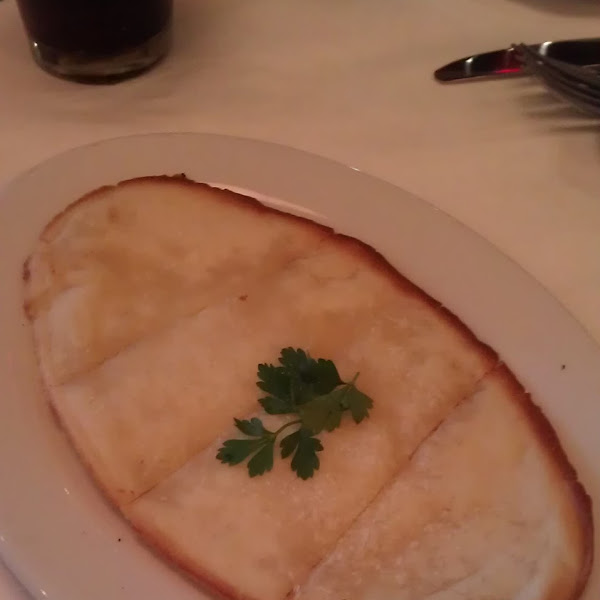 Server indicated that there is not a separate prep space. Ordered a flatbread and Nima sensor found gluten.

absolutely delicious. They offer gluten-free bread so make sure you ask for it. Do not have a bad thing to say.

Fantastic GF Parmesan-crusted chicken and spinach linguine! They were very careful and made sure that my food was separate from the gluten-containing entrees. I've been here twice and haven't had a problem. Will be back soon!

Love love love this place. Very knowledgeable about gluten free and a had an awesome gluten free menu

My number one gf restaurant across three states so far. Gf Bread was amazing. My chicken dish amazing. But my daughter hated the salmon. They seem to understand cross contamination issues and have a wide variety of gf options. Outdoor area beautiful! ❤❤❤

I love this place! I have celiac and get sick if there is any cross contamination . this restaurant is my go to for date nights. they have a separate gf menu with lots of options, gluten free creme brulee for dessert, and even will bring you a gluten free bread (flat pancake style but pretty tastey!).

Good food. Knowledgeable staff. I do wish they would do something to mark their food as GF. They have separate food servers (not your waiter or waitress) and on 2 occasions they have mixed up the orders at the table. Two of our family members order the same dish - but one get is GF and the other regular. Thankfully we eat there enough to be able to recognize the GF pasta from the gluten pasta. But if you didn't catch it, it could be disastrous. It could all be avoided if they marked their GF plates. It would make you feel safer knowing everyone from the wait staff to the kitchen staff to the delivery person all agreed that the food was GF. I know some restaurants use different kinds of plates and others use some sort of GF marker/tag. Either way works great to make you feel safer.

Always good! Staff and service is excellent and the food is always great!

I am at odds with this restaurant. Due to work, I spent 3 weeks in the area and frequented Biaggi's four times during my time in Peoria.

One of the best things that Biaggi's has going for it is their gluten free bread, which is $1 up-charge, which if you have to eat GF, this is pretty common. As for the rest of the menu, the salads were decent. The biggest issue that I had with the pasta. It wasn't bad tasting, not the best I've ever had and certainly not even close to the worst.

The penne, didn't seem to cook correctly each time in that some of the noodles ended up mushy and other parts were firm. The GF spaghetti ok, but a little bland.

Make sure that you check your pasta prior to eating due to cross contamination from other non-GF noodles. On two separate occasions, I had a few pieces of regular pasta mixed into my meal. I understand that cross contamination can happen and that the management did make sure that the meals were cooked correctly on the second attempt, but additional training may need to be done, such as making sure that you clean out the pan prior to making a GF dish.

I loved Biaggi's before I discovered I was allergic to wheat. And I was concerned it might not be the same without the pasta and bread... Boy was I wrong! They have an absolutely amazing parmesan crusted chicken salad and they even make gf bread! Delicious !

Love love love Biaggi's. I go there all the time. The staff is very knowledgable about celiac and gluten sensitivity, and their menu is amazing! I've never had a reaction after eating there.

My all-time favorite! This is always my choice for any dinner or celebration. LOVE all the options and the gluten-free pasta is AMAZING! They can be pricey, so I try to save it for special occasions. Oh yeah, and their Baked Cappuccino dessert (cappuccino mousse, flourless chocolate cake and whipped cream) is to die for - and I don't like coffee or coffee-flavored things. LOVE, LOVE, LOVE this restaurant!

Outstanding attention to gluten free. They make their own gfree pasta and they even have gfree bread!

I called first before placing an order and was told they use separate pans and pots to cook and prep the food. I was also told that they would change gloves and had a separate place to fix the food. I did order at an off time so I cannot speak to rush hour but I did not get sick and the food was good even after driving home.

Not only is this my favorite gluten free restaurant in Omaha, it's my favorite on Earth. They can bring you out gluten free bread before the meal which they always notice immediately when you're using their GF menu. They have pasta and Pizza available mainly. It's a scratch kitchen so everything is very customizable. The pasta is just top of its class. Waiters are always knowledgeable about celiacs. I can always trust I'll be safe here.

I love biaggi’s! I’ve gone many times since my celiac diagnosis and always am so impressed. I got take out tonight, and although it wasn’t as good as dining in (I live 30 mins from the restaurant) it was still good! The one problem is they marked my moms regular food as gf and didn’t mark my celiac dad’s pizza as gf. My food was marked gf. We knew the pizza was gf though as we’ve been there before.

I had the chicken parmesan and it was very good!

Gluten Is My Bitch
Celiac